02 JULY 2012 - PARADISE VALLEY, AZ: Congressman BEN QUAYLE, son of former Vice President Dan Quayle, speaks at a Republican candidate forum in Paradise Valley Monday, his opponent DAVID SCHWEIKERT is in the background. Schweikert and Quayle, both conservative freshmen Republican Congressmen from neighboring districts are facing each other in an August primary to see which one will represent Arizona's 6th Congressional District in 2013. The two were thrown into the same district as a result of legislative redistricting. PHOTO BY JACK KURTZ 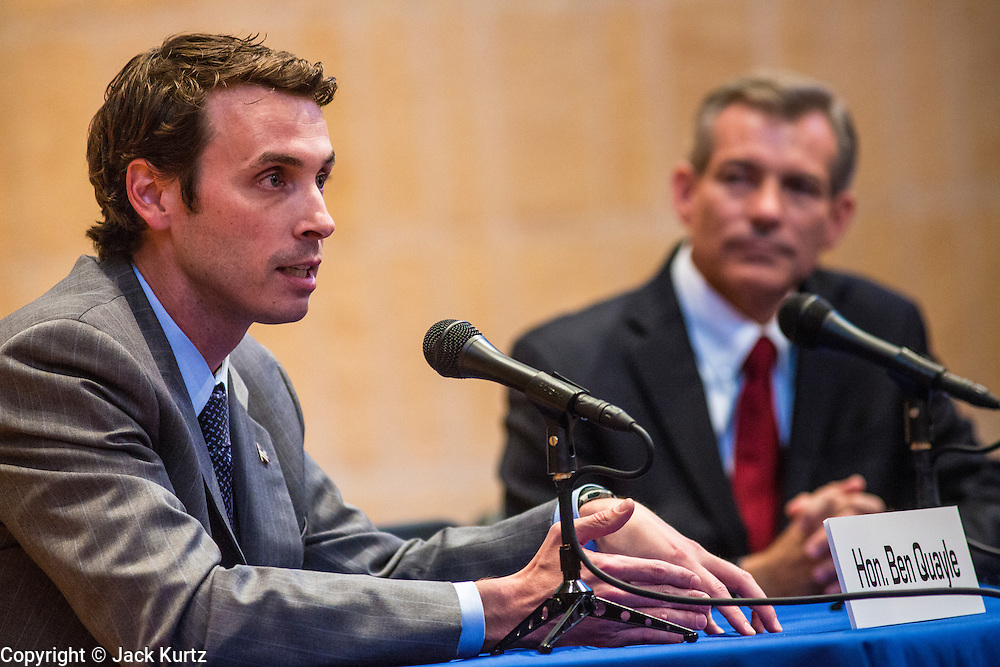