16 JUNE 2014 - ARANYAPRATHET, THAILAND: Cambodian migrant workers returning to Cambodia sit on the ground in front of the Aranyaprathet, Thailand, train station. The Cambodians were marched from the train station to the immigration police station in Aranyaprathet where they were processed and returned to Cambodia. More than 150,000 Cambodian migrant workers and their families have left Thailand since June 12. The exodus started when rumors circulated in the Cambodian migrant community that the Thai junta was going to crack down on undocumented workers. About 40,000 Cambodians were expected to return to Cambodia today. The mass exodus has stressed resources on both sides of the Thai/Cambodian border. The Cambodian town of Poipet has been over run with returning migrants. On the Thai side, in Aranyaprathet, the bus and train station has been flooded with Cambodians taking all of their possessions back to Cambodia. PHOTO BY JACK KURTZ 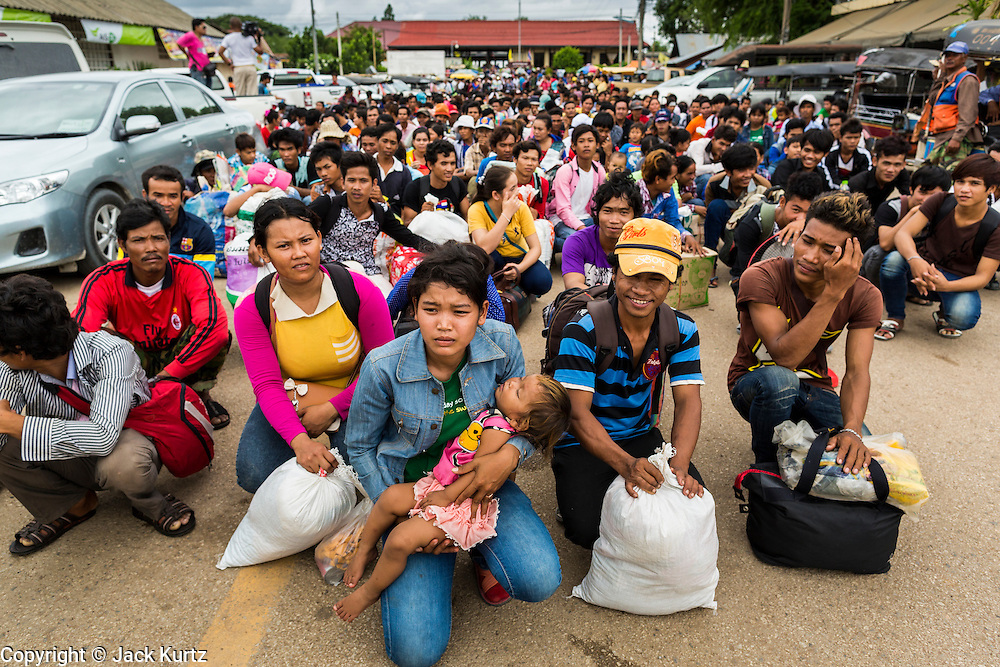