28 JANUARY 2014 - BANGKOK, THAILAND: A performer with the Tear Kia Ee Lye Heng opera troupe puts on her makeup before a show while other cast members talk to her. They were performing for a business in the Min Buri district of Bangkok for the Lunar New Year, which this year is Jan 31. Chinese opera was once very popular in Thailand, where it is called “Ngiew.” It is usually performed in the Teochew language. Millions of Teochew speaking Chinese emigrated to Thailand (then Siam) in the 18th and 19th centuries and brought their cultural practices with them. Recently the popularity of ngiew has faded as people turn to performances of opera on DVD or movies. There are still as many 30 Chinese opera troupes left in Bangkok and its environs. They are especially busy during Chinese New Year when they travel from Chinese temple to Chinese temple performing on stages they put up in streets near the temple, sometimes sleeping on hammocks they sling under their stage. They are also frequently hired by Chinese owned businesses to perform as a form of merit making. PHOTO BY JACK KURTZ 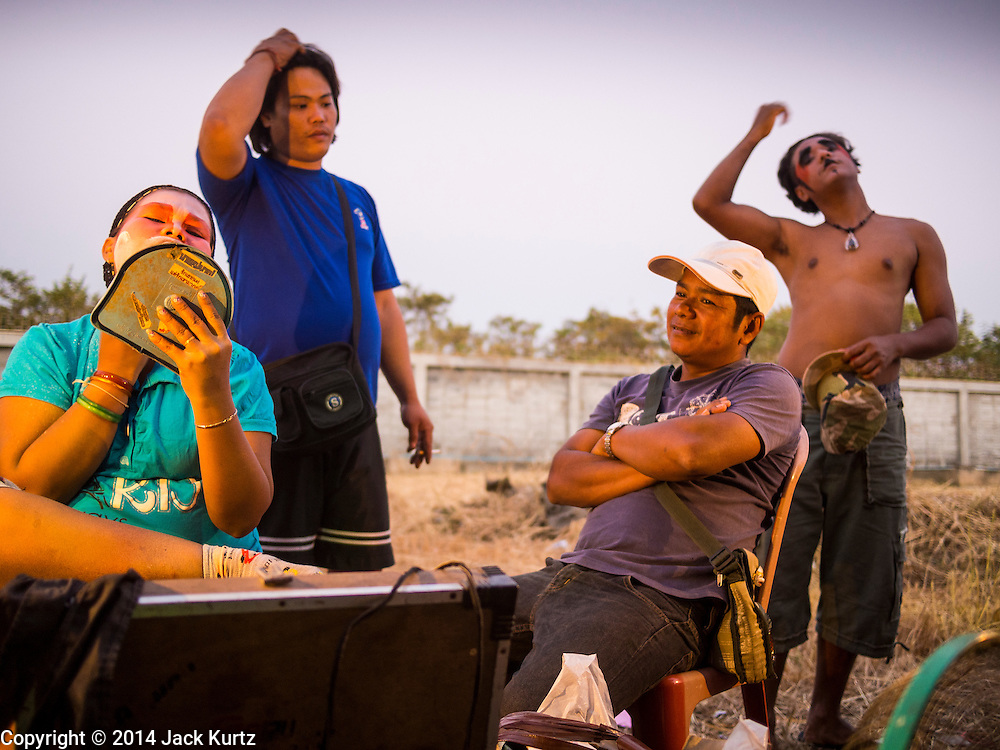