13 JULY 2012 - FT DEFIANCE, AZ: JIMMY ETSITTY, a Navajo preacher, and his wife leave the chow hall after he preached a sermon before lunch at the 23rd annual Navajo Nation Camp Meeting in Ft. Defiance, north of Window Rock, AZ, on the Navajo reservation. Etsitty said he was raised to be a Navajo medicine man and that his family turned away from him when he became a Christian. Preachers from across the Navajo Nation, and the western US, come to Navajo Nation Camp Meeting to preach an evangelical form of Christianity. Evangelical Christians make up a growing part of the reservation - there are now more than a hundred camp meetings and tent revivals on the reservation every year. The camp meeting in Ft. Defiance draws nearly 200 people each night of its six day run. Many of the attendees convert to evangelical Christianity from traditional Navajo beliefs, Catholicism or Mormonism. "Camp meetings" are a form of Protestant Christian religious services originating in Britain and once common in rural parts of the United States. People would travel a great distance to a particular site to camp out, listen to itinerant preachers, and pray. This suited the rural life, before cars and highways were common, because rural areas often lacked traditional churches. PHOTO BY JACK KURTZ 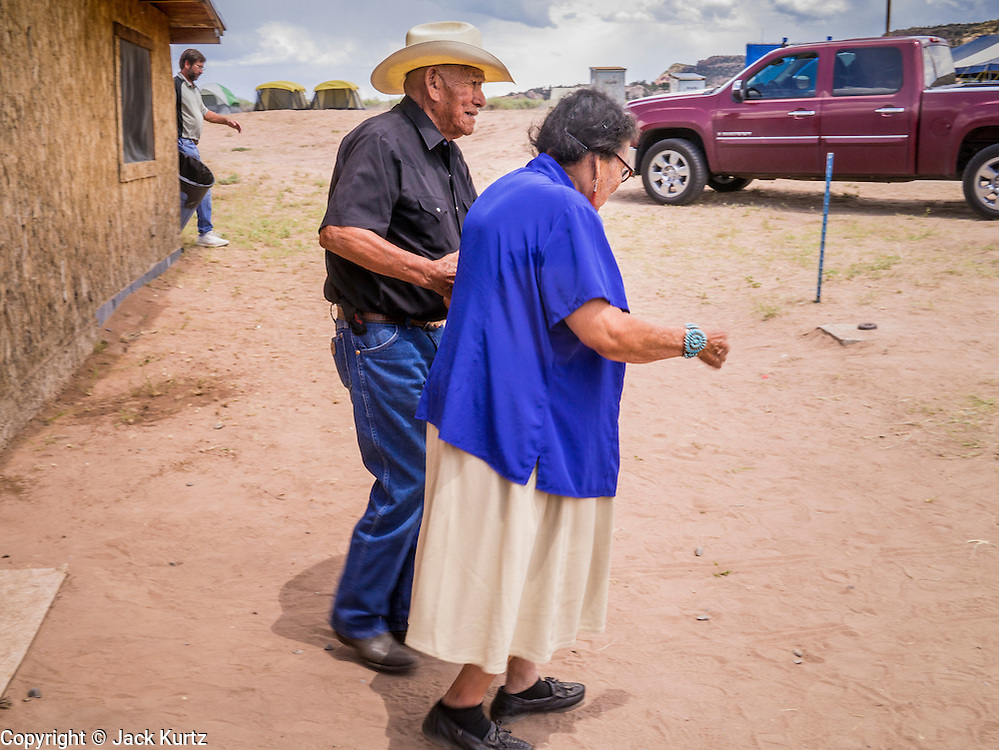