03 JULY 2011 - SAMUT PRAKAN, THAILAND: A man and his wife who were not allowed to vote talk to Thai reporters in Samut Prakan, Thailand, Sunday, July 3. The woman said they were registered to vote but their names were not on the local voter list. More than 47,000,000 Thais were registered to vote in Sunday's election, which had turned into a referendum on the current government, led, by the Thai Democrats and the oppositionPheu Thai party. Pheu Thai is the latest political incarnation of ousted Thai Prime Minister Thaksin Shinawatra. PT is led by his youngest sister, Yingluck Shinawatra, who is the party's candidate for Prime Minister. Exit polling by three Thai polling firms showed Pheu Thai winning a landslide election. PHOTO BY JACK KURTZ 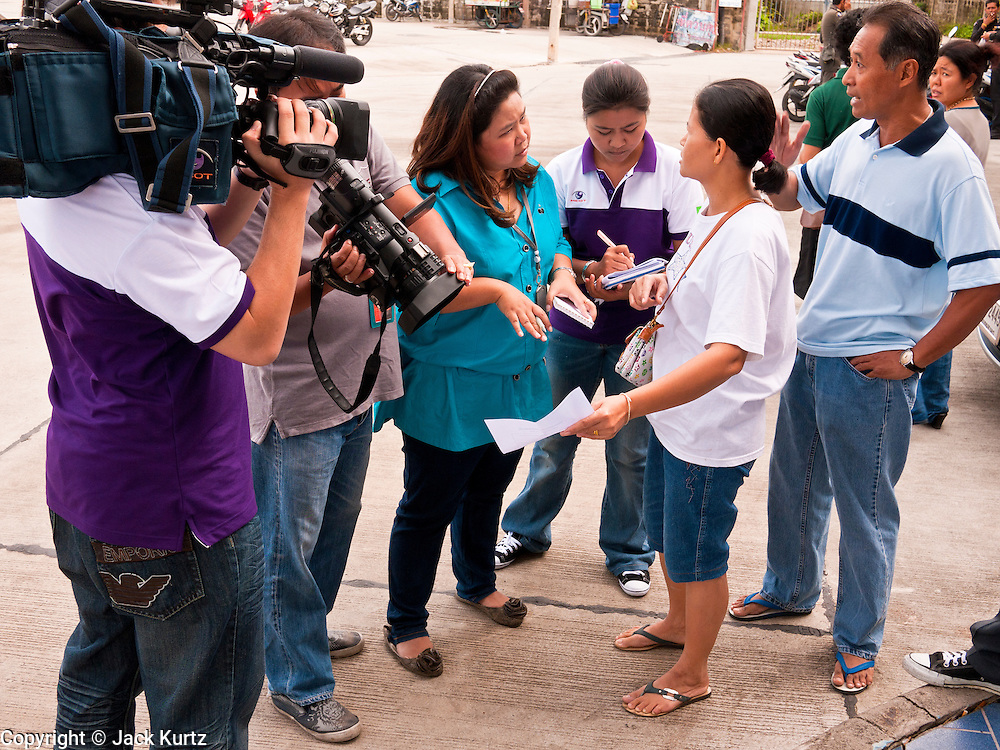