27 MARCH 2012 - HO CHI MINH CITY, VIETNAM: A statue of the Hindu deity Birman in the Mariamman Hindu Temple in Ho Chi Minh City, Vietnam. The temple was built by Indian migrants who came to Vietnam (then Indochina) in the 19th century. The Indian migrants established themselves as the city's bankers and money changers. Most fled during Vietnam's 25+ years of war from the 1950's to 1975. Ho Chi Minh City, which used to be known as Saigon, is the largest city in Vietnam and the commercial hub of southern Vietnam. PHOTO BY JACK KURTZ 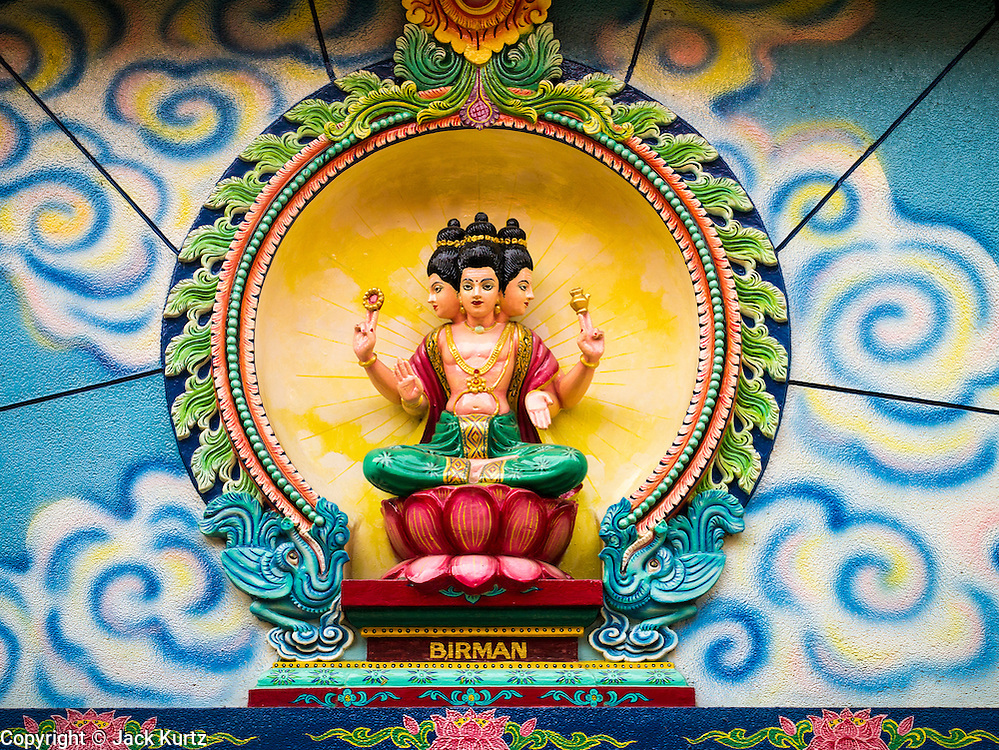