04 JULY 2012 - PHOENIX, AZ: Sgt. JASON FRITZ, of the US Army, holds his son, LIAM FRITZ, 3, before Jason was naturalized as a US citizen Wednesday. Fritz, originally from Canada, served in the US Army for more than nine years as a Canadian citizen. About 250 people, from 62 countries, were naturalized as US citizens during the 24th Annual Fiesta of Independence naturization ceremony at South Mountain Community College in Phoenix Wednesday. The ceremony was presided over by the Honorable Roslyn O. Silver, Chief United States District Court Judge. PHOTO BY JACK KURTZ 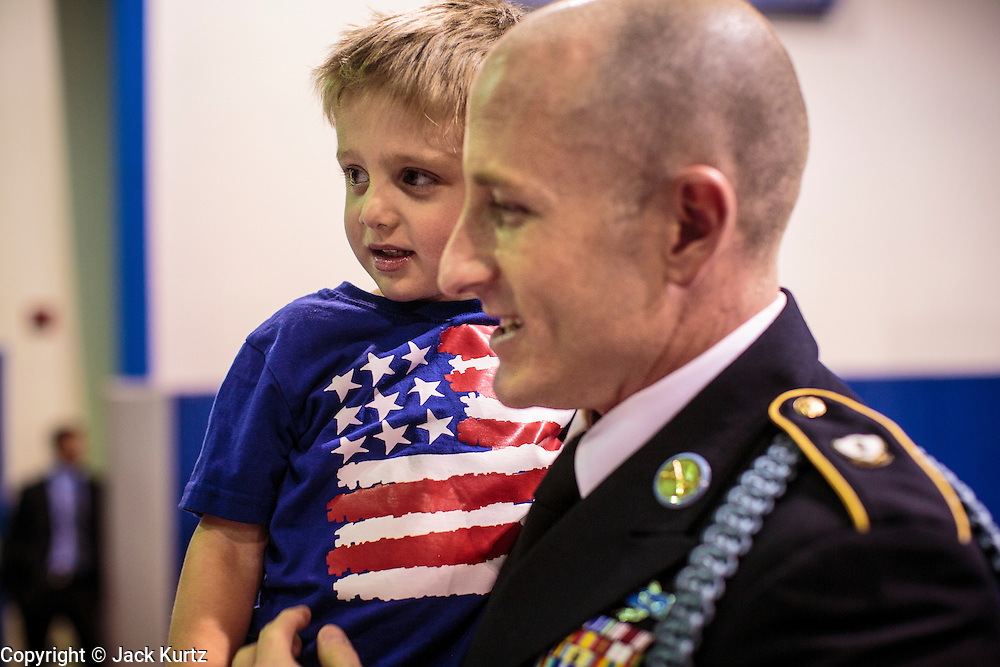