25 APRIL 2012 - PHOENIX, AZ: HERMAN RUBIO, 3, from Phoenix, adjusts his head band with an American flag on it, before an immigrants' prayer vigil at the Arizona capitol Wednesday. Herman and his family were there to show their opposition to SB1070. Immigrants' rights groups opposed to SB1070 and Tea Party affiliated groups that support SB1070 gathered at the state capitol in Phoenix Wednesday to express their opposition and support of the bill. SB1070 was signed by Arizona Governor Jan Brewer in April 2010. At the time it was the toughest anti-illegal immigration bill in the country. Immigrants' rights groups sued Arizona and the federal courts stopped enforcement of the bill. The bill ended up in the US Supreme Court which heard arguments Wednesday. A ruling on the bill is expected in June. PHOTO BY JACK KURTZ 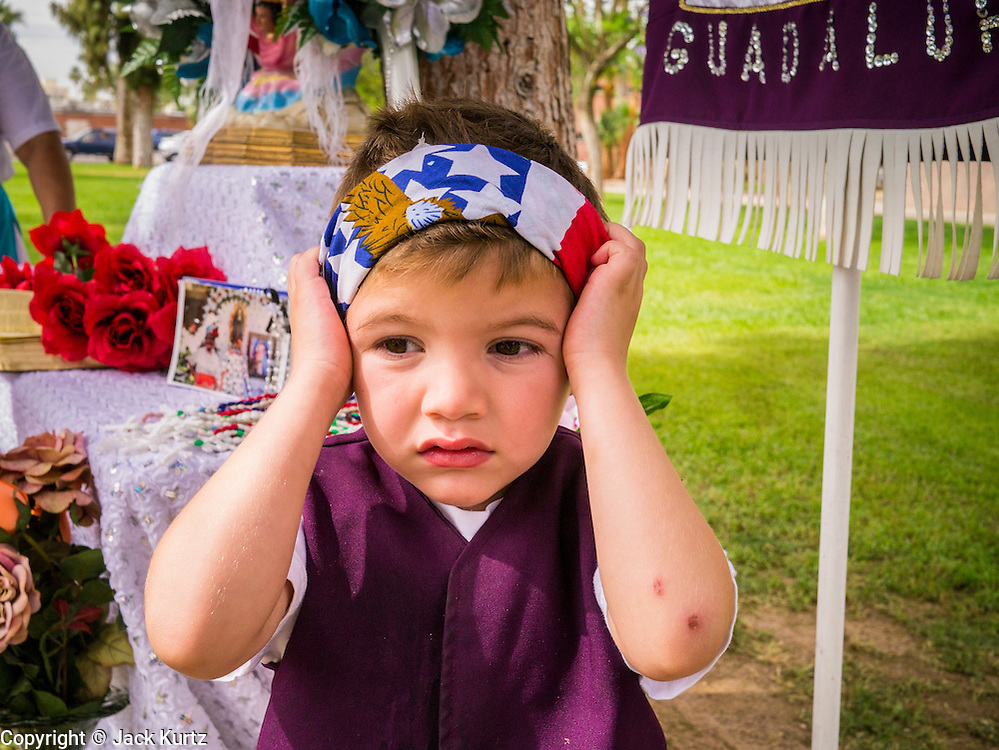