22 MAY 2011 - SCOTTSDALE, AZ: A "No Trepassing" sign in front of a home reportedly owned by Sarah Palin in Scottsdale, AZ. According to the Arizona Republic, Sarah Palin and her husband Todd Palin, bought the 8,000 square foot home for $1.695 million cash. The newspaper said the Palin's name does not appear on the paperwork and the home was bought by Safari Investments LLC out of Delaware. The paper said the deal "appears designed to cloak the identity of a high-profile buyer." The home has six bedrooms, five bathrooms, a six car garage, swimming pool, spa, home theater, wine cellar and children's "jungle gym" in the backyard. The home is surrounded by a tall wall with an electronic gate. Phoenix TV stations have reported that a black SUV with Alaska license plates has been seen entering and leaving the compound. People in the house have refused to comment on who owns the home. Neither Palin nor her husband have been seen at the home since news of the sale broke Saturday, May 21. Photo by Jack Kurtz 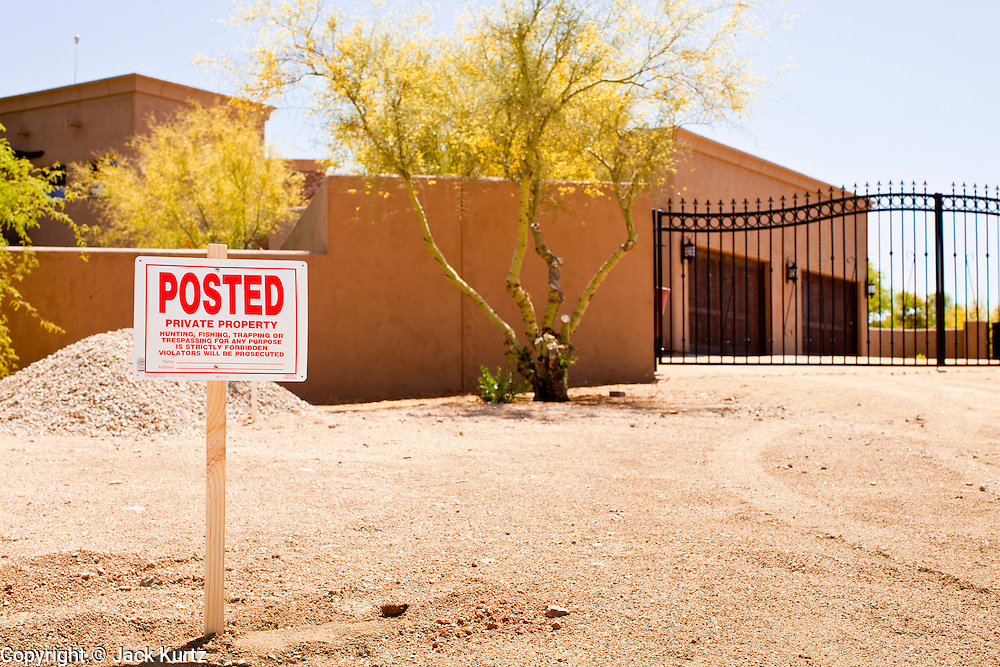