07 NOVEMBER 2012 - BANGKOK, THAILAND: PAUL RISLEY, left, from Democrats Abroad, and DOUG deWEESE, an American living in Thailand, cheer as President Barrack Obama takes the electoral vote lead in the US election. They were election results at the US Embassy's election watch party in Bangkok. US President Barack Obama won a second term Tuesday when he defeated Republican Mitt Romney. Preliminary tallies gave the President more than 300 electoral votes, well over the 270 needed to win. The election in the United States was closely watched in Thailand, which historically has very close ties with the United States. The American Embassy in Bangkok sponsored an election watching event which drew thousands to a downtown Bangkok hotel. American Democrats in Bangkok had their own election watch party at a restaurant in Bangkok. PHOTO BY JACK KURTZ 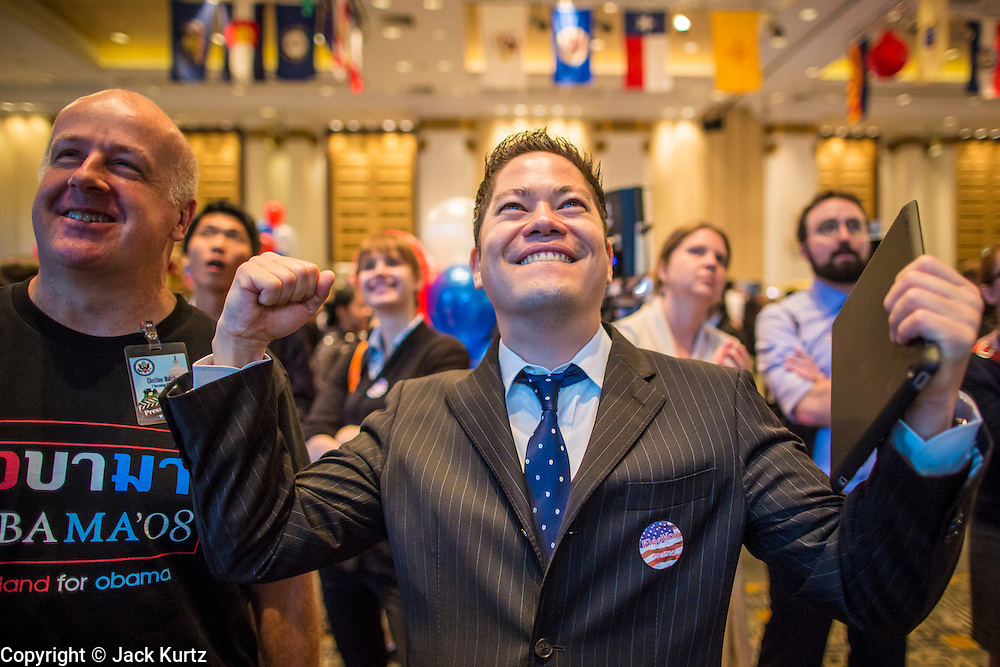