02 FEBRUARY 2015 - BANGKOK, THAILAND: A university student walks through metal detector at a security checkpoint while the guard (right) ignores people coming in at Siam Discovery, a high end shopping mall in central Bangkok. Government sources are saying that security has been heightened following two small bomb attacks close to Siam Paragon, a nearby mall. One person received minor injuries in the attack and a couple of windows were blown out. After months of relative calm following the May 2014 coup, tensions are increasing in Bangkok. The military backed junta has threatened to crack down on anyone who opposes the government. Relations with the United States have deteriorated after Daniel Russel, the US Assistant Secretary of State for Asian and Pacific Affairs, said that normalization of relations between Thailand and the US would depend on the restoration of a credible democratically elected government in Thailand. PHOTO BY JACK KURTZ 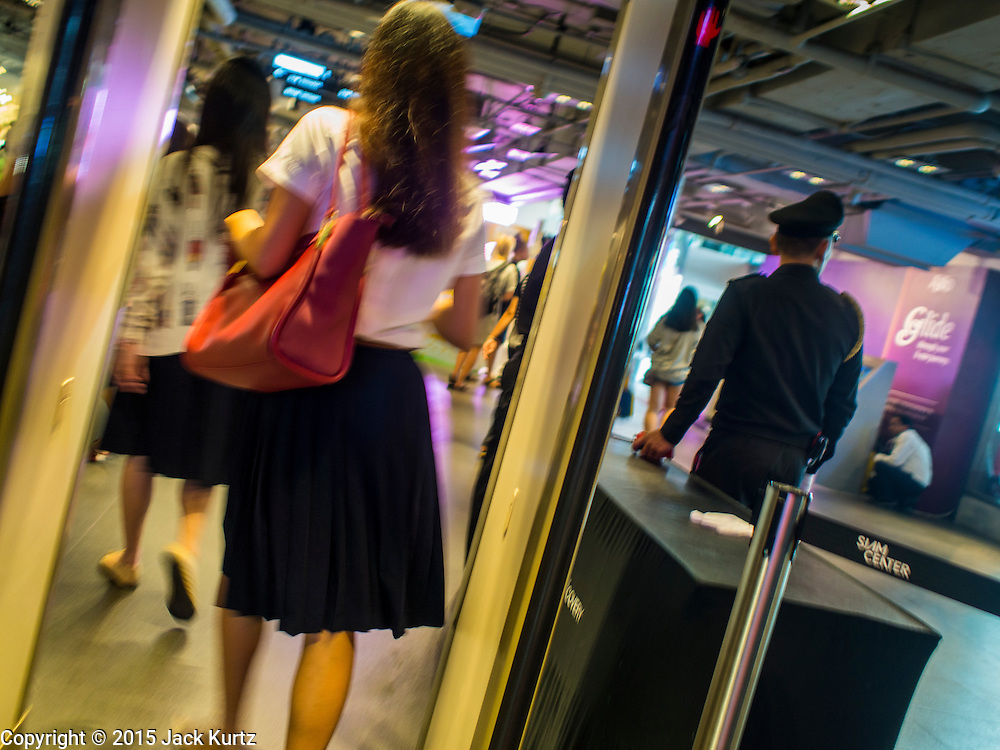