14 AUGUST 2013 - HONG KONG: Passengers check a flight status board that is showing Typhoon Warning 8, the highest, most severe level, at Hong Kong International Airport. Dozens of flights were delayed at one of the busiest airports in Asia and Hong Kong raised their alert to level 8, the highest, and closed schools and many businesses because of Severe Typhoon Utor. The storm passed within 260 kilometers of Hong Kong before making landfall in mainland China. Severe Typhoon Utor (known in the Philippines as Typhoon Labuyo) is an active tropical cyclone located over the South China Sea. The eleventh named storm and second typhoon of the 2013 typhoon season, Utor formed from a tropical depression on August 8. The depression was upgraded to Tropical Storm Utor the following day, and to typhoon intensity just a few hours afterwards. The Philippines, which bore the brunt of the storm, reported 1 dead in a mudslide and 23 fishermen missing at sea. PHOTO BY JACK KURTZ 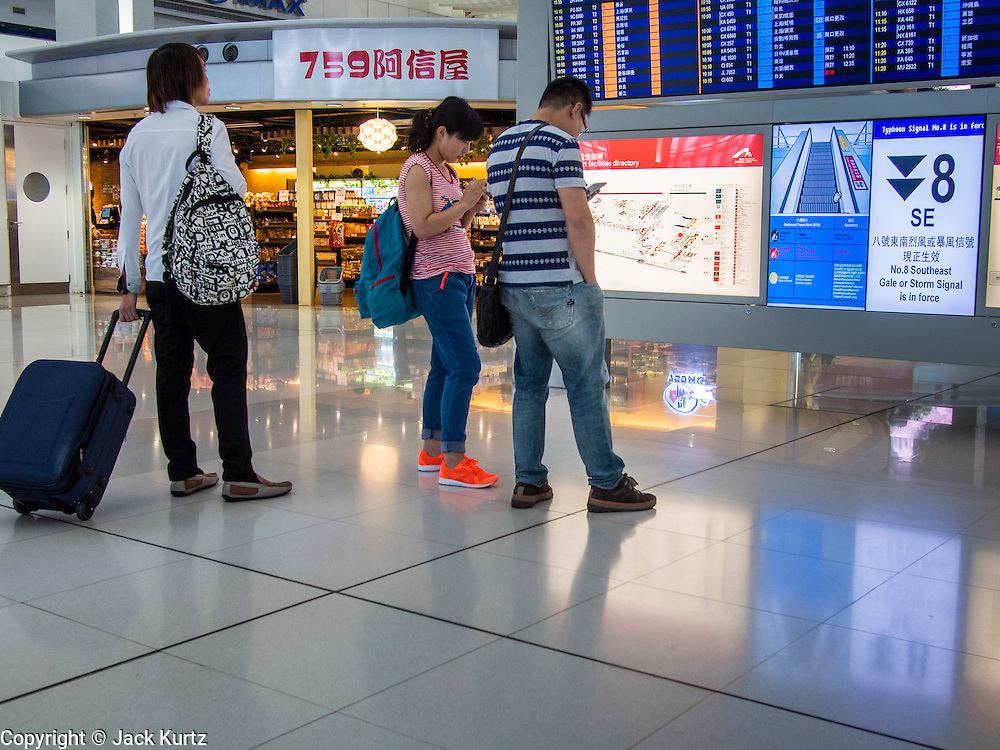