09 MARCH 2009 -- BANGKOK, THAILAND: Mother of pearl inlay in the feet of the reclining Buddha statue at Wat Po in Bangkok. Wat Phra Chetuphon is more commonly known by its old name of Wat Po. The temple is much older than the city of Bangkok itself. It was founded in the 17th century, making it the oldest temple in Bangkok. The name Wat Po comes from its original name of Wat Potaram. King Rama I, the founder of Bangkok, enlarged the temple, installed many statues and other artefacts recovered from Ayuthaya, and renamed the temple Wat Phra Chetuphon in 1801. Rama III enlarged the temple in 1832 and turned the temple into a center of learning, making it in essence Thailand's first university. Rama III is also responsible for the construction of the reclining Buddha, which the temple is famous for. Photo By Jack Kurtz 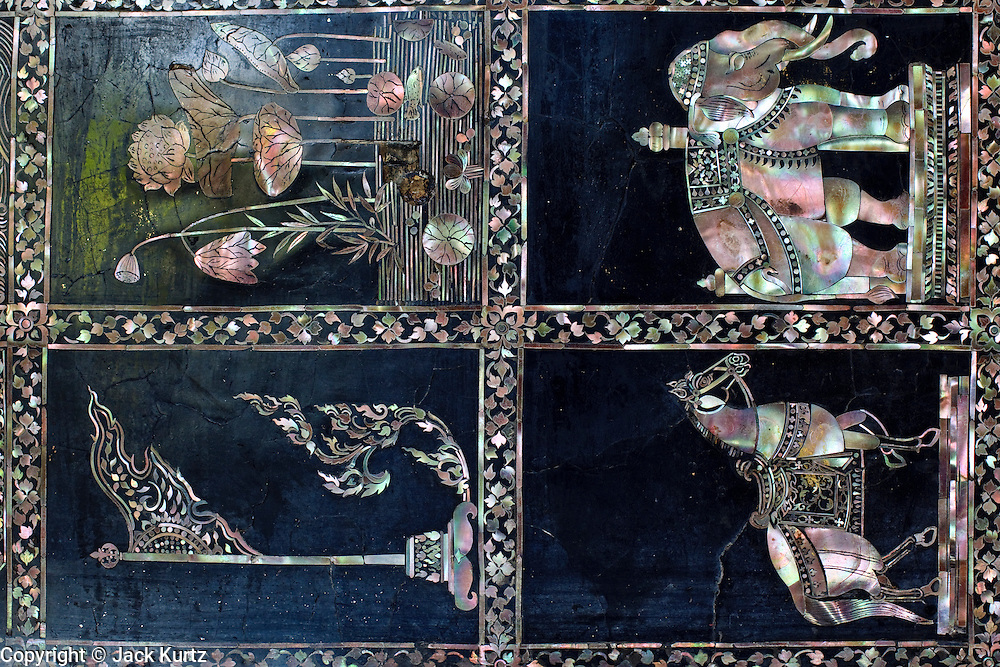