25 MARCH 2015 - BANGKOK, THAILAND: A contestant gets her hair touched up during the first round of the Miss Tiffany's contest at CentralWorld, a large shopping mall in Bangkok. Miss Tiffany's Universe is a beauty contest for transgender contestants; all of the contestants were born biologically male. The final round will be held on May 8 in the beach resort of Pattaya. The final round is televised of the Miss Tiffany’s Universe contest is broadcast live on Thai television with an average of 15 million viewers. PHOTO BY JACK KURTZ 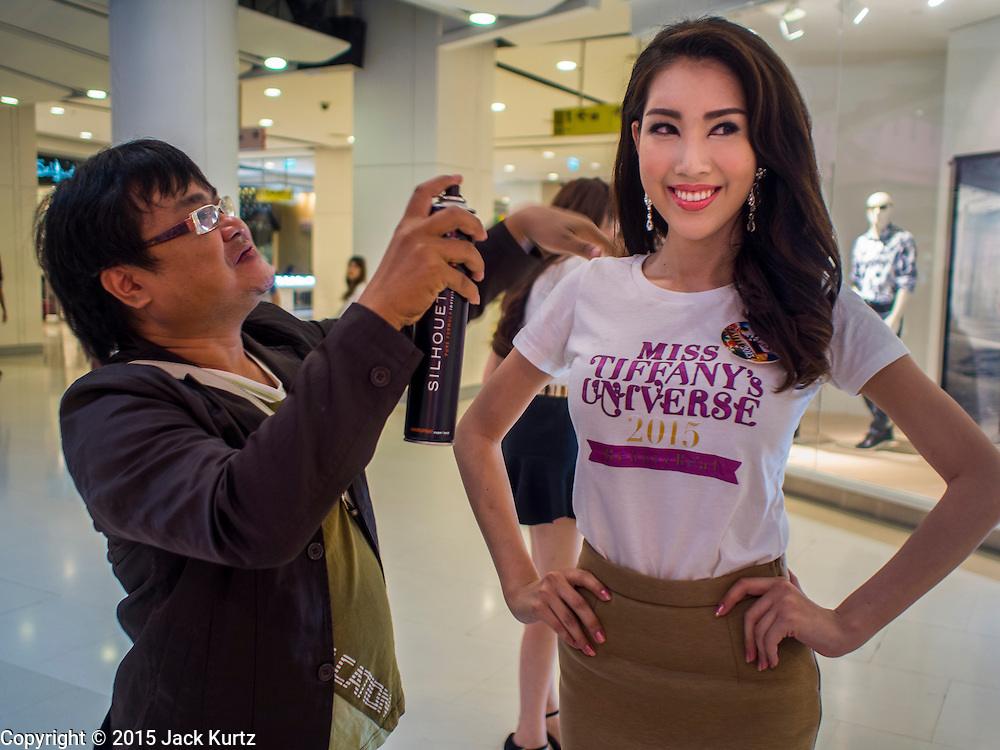