20 MAY 2015 - BANGKOK, THAILAND: People walk under huge illuminated billboards between Siam Paragon and Siam Center malls. Bangkok's malls consume more electricity than some provinces. Siam Paragon, a popular high end mall in central Bangkok, consumes nearly twice as much electricity at the northern province of Mae Hong Son. Thais and foreigners alike flock to the malls in Bangkok, which are air conditioned. Most of the electricity consumed in Bangkok is generated in Laos and Myanmar. In 2013, the Bangkok Metropolitan Region consumed about 40 per cent of the Thailand's electricity, even though the BMR is only 1.5 per cent of the country’s land area and about 22 per cent of its population. PHOTO BY JACK KURTZ 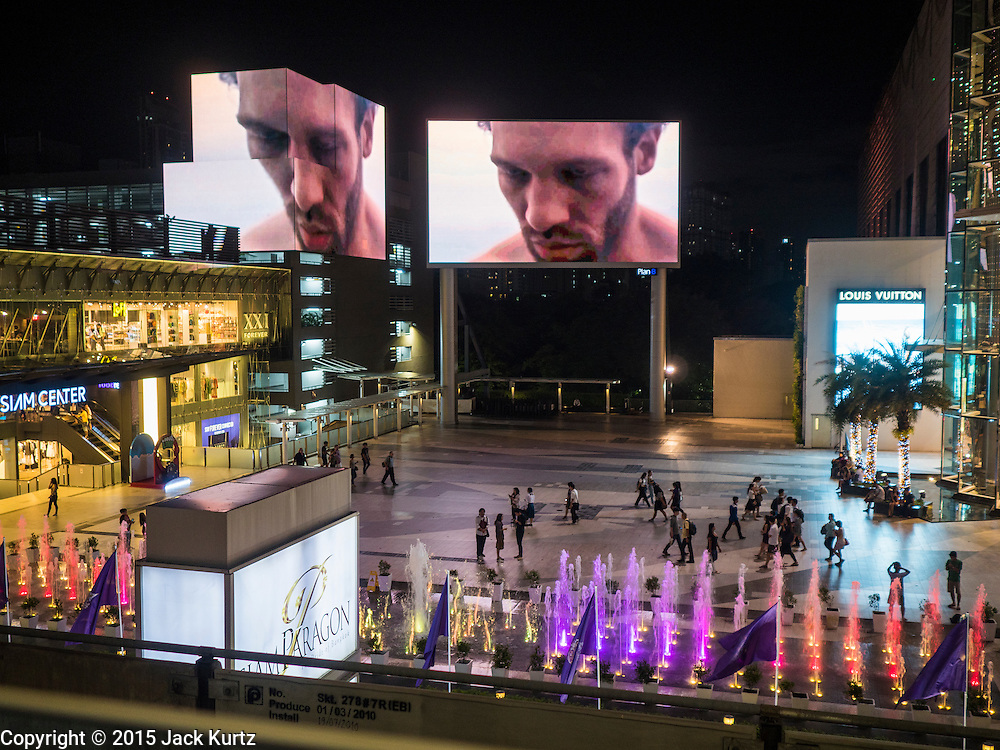