16 SEPTEMBER 2015 - BANGKOK, THAILAND: The top of Baiyoke Tower II is obscured by clouds during a rain storm in Bangkok. It's 304 meters (997 feet) tall and the tallest skyscraper in Bangkok. It has a hotel with more than 600 rooms and a rooftop observation deck. The remnants of tropical storm "Vamco" hit Bangkok Wednesday. Storm, downgraded to a tropical depression, brought bands of rain to central Thailand, including Bangkok. The Thai Meteorological Department said the storm would help alleviate the drought that has gripped Thailand since late last year. PHOTO BY JACK KURTZ 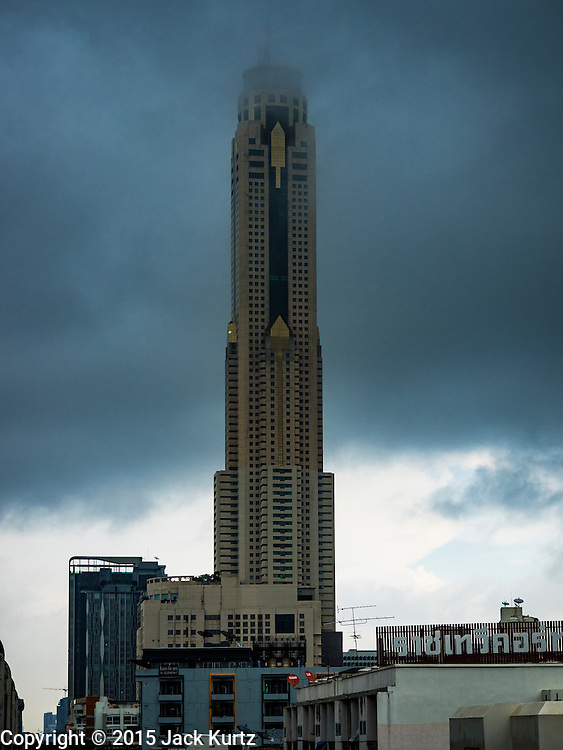