26 JANUARY 2017 - BANGKOK, THAILAND: Performers ride an escalator during Chinese New Year, also called Tet, celebrations at Emporium, a high end shopping mall in Bangkok. 2017 is the Year of the Rooster in the Chinese zodiac. This year's Lunar New Year festivities in Bangkok were toned down because many people are still mourning the death Bhumibol Adulyadej, the Late King of Thailand, who died on Oct 13, 2016. Chinese New Year is widely celebrated in Thailand, because ethnic Chinese are about 15% of the Thai population. PHOTO BY JACK KURTZ 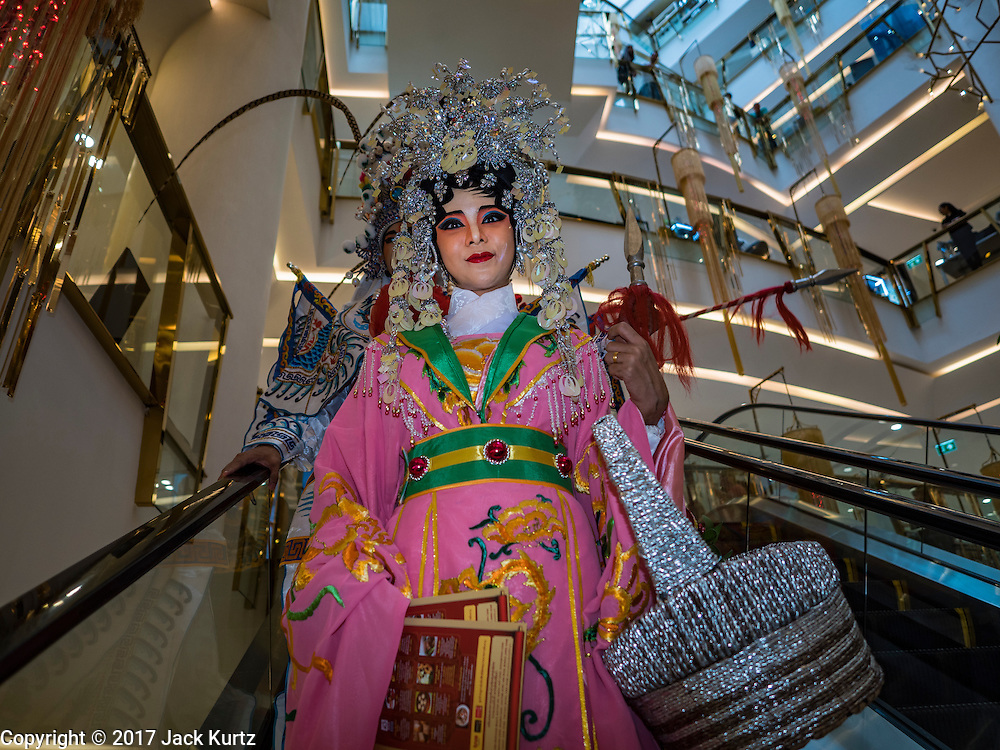