17 AUGUST 2014 - BANGKOK, THAILAND: A Hindu priest anoints a man during Krishna Janmashtami services at the Vishnu temple in Bangkok. Krishna Janmashtami is the annual celebration of the birth of the Hindu deity Krishna, the eighth avatar of the Hindu god Vishnu. It is celebrated by Hindus in Thailand. There are about 53,000 Hindus in Thailand, most originally from India, but many Hindu deities are highly revered by Thai Buddhists and Hindu holy days are observed by many Thai Buddhists. PHOTO BY JACK KURTZ 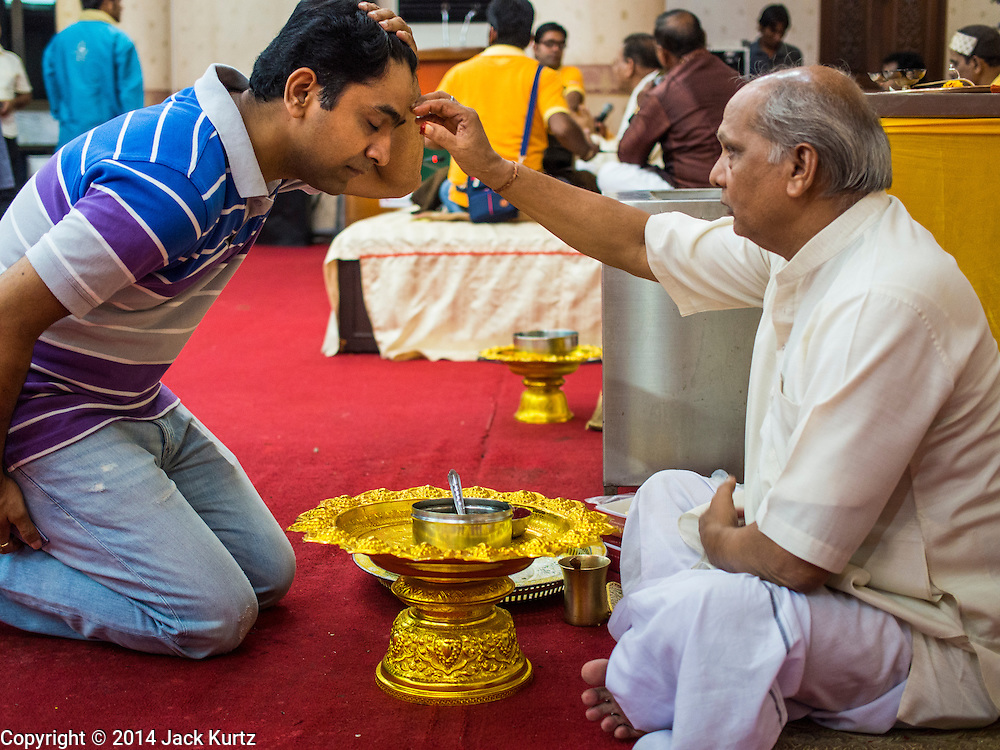