28 MARCH 2017 - BANGKOK, THAILAND: A woman washes newly made monks' bowls, called "bat" (pronounced with a long "a" as in baat) on Soi Baan Bat in Bangkok. The bowls are made from eight separate pieces of metal said to represent the Buddha's Eightfold Path. The Monk's Bowl Village on Soi Ban Baat in Bangkok is the only surviving one of what were originally three artisan's communities established by Thai King Rama I for the purpose of handcrafting "baat" the ceremonial bowls used by monks as they collect their morning alms. Most monks now use cheaper factory made bowls and the old tradition is dying out. Only six or seven families on Soi Ban Baat still make the bowls by hand. Most of the bowls are now sold to tourists who find their way to hidden alleys in old Bangkok. The small family workshops are only a part of the "Monk's Bowl Village." It is also a thriving residential community of narrow alleyways and sidewalks. The area is also spelled Ban Bat or Baan Bat. PHOTO BY JACK KURTZ 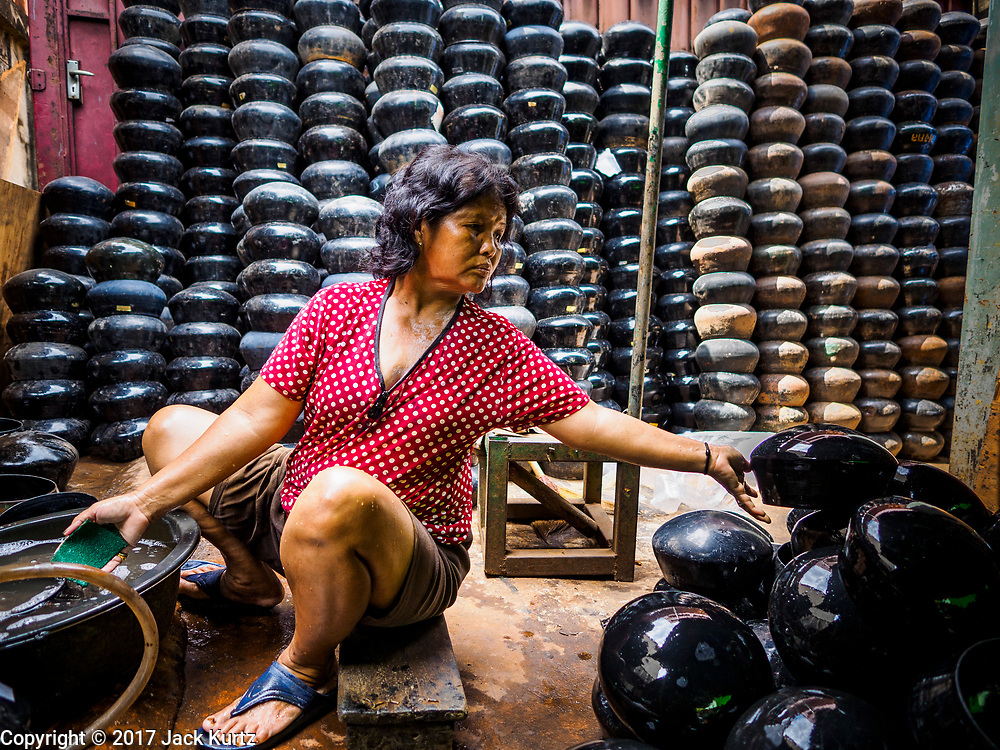