08 APRIL 2017 - BANGKOK, THAILAND: A woman makes traditional Thai Songkran crafts at the "Amazing Songkran" festival in Benchasiri Park in Bangkok. The festival was sponsored by the Tourism Authority of Thailand to highlight the cultural aspects of Songkran. Songkran is celebrated in Thailand as the traditional New Year's Day from 13 to 16 April. Songkran is in the hottest time of the year in Thailand, at the end of the dry season and provides an excuse for people to cool off in friendly water fights that take place throughout the country. Songkran has been a national holiday since 1940, when Thailand moved the first day of the year to January 1. Songkran 2017 is expected to be more subdued than Songkran usually is because Thais are still mourning the October 2016 death of revered King Bhumibol Adulyadej. PHOTO BY JACK KURTZ 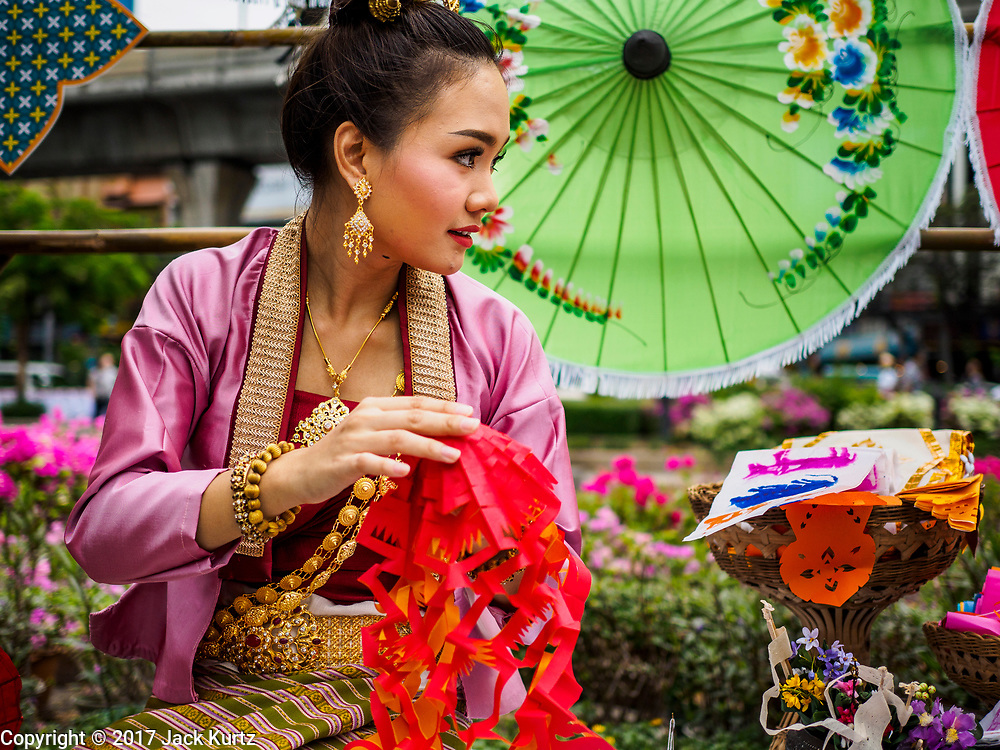