14 FEBRUARY 2017 - BANGKOK, THAILAND: A newly married couple poses for a photo in front of Bhumibol Adulyadej, the Late King of Thailand, and his wife, Queen Sirikit in the Bang Rak district in Bangkok. Bang Rak is a popular neighborhood for weddings in Bangkok because it translates as "Village of Love." (Bang translates as village, Rak translates as love.) Hundreds of couples get married in the district on Valentine's Day, which, despite its Catholic origins, is widely celebrated in Thailand. PHOTO BY JACK KURTZ 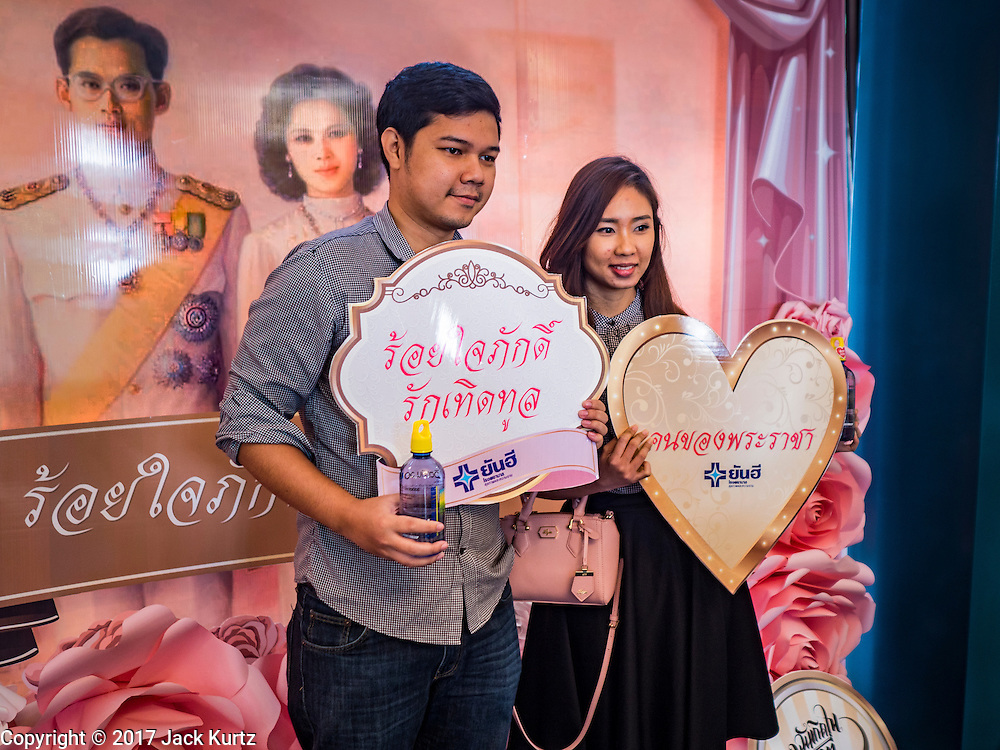