17 JANUARY 2014 - BANGKOK, THAILAND: A Chinese Lion dancer gets money from a vendor at the Shutdown Bangkok Lumpini protest site in Bangkok. Friday was day 5 of the anti-government Shutdown Bangkok protests. The protest, led by the People's Democratic Reform Committee, is calling for the suspension of elections pending political reform in Thailand. There was violence at several sites in Bangkok Friday, including running battles between government opponents and supporters at one site and an IED attack by unknown assailants on anti-government protestors at another site. PHOTO BY JACK KURTZ 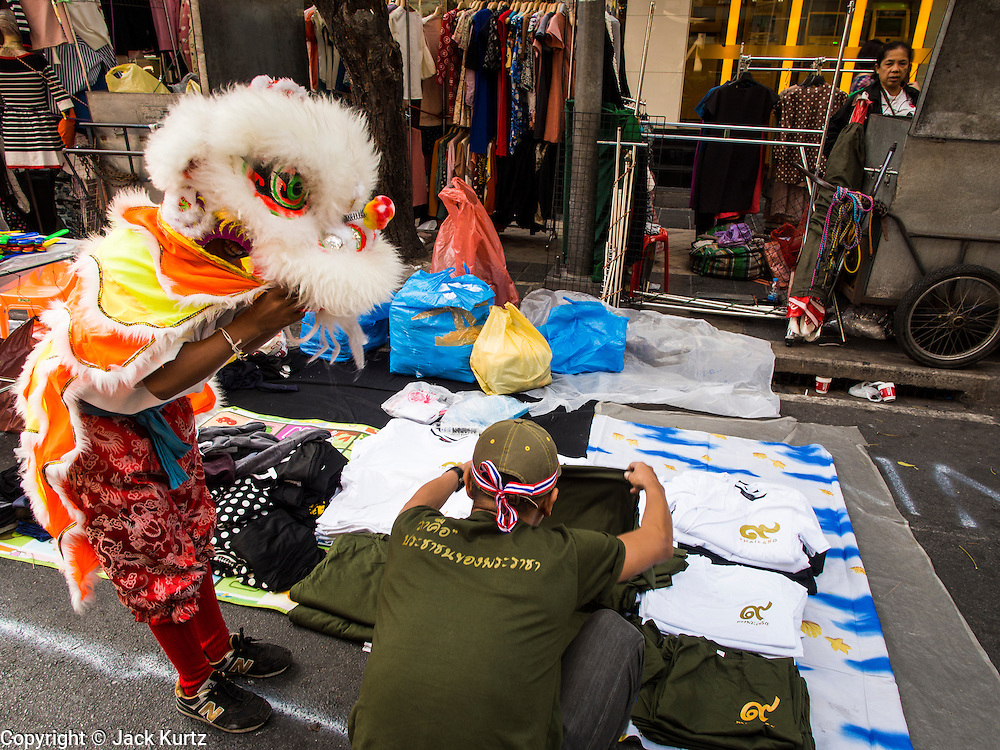