06 OCTOBER 2014 - GEORGE TOWN, PENANG, MALAYSIA: Street art in George Town (also Georgetown), the capital of the state of Penang in Malaysia. The street art movement in George Town started in 2012 and is credited with being a major tourist draw. Named after Britain's King George III, George Town is located on the north-east corner of Penang Island. The inner city has a population of 720,202 and the metropolitan area known as George Town Conurbation which consists of Penang Island, Seberang Prai, Kulim and Sungai Petani has a combined population of 2,292,394, making it the second largest metropolitan area in Malaysia. The inner city of George Town is a UNESCO World Heritage Site and one of the most popular international tourist destinations in Malaysia. PHOTO BY JACK KURTZ 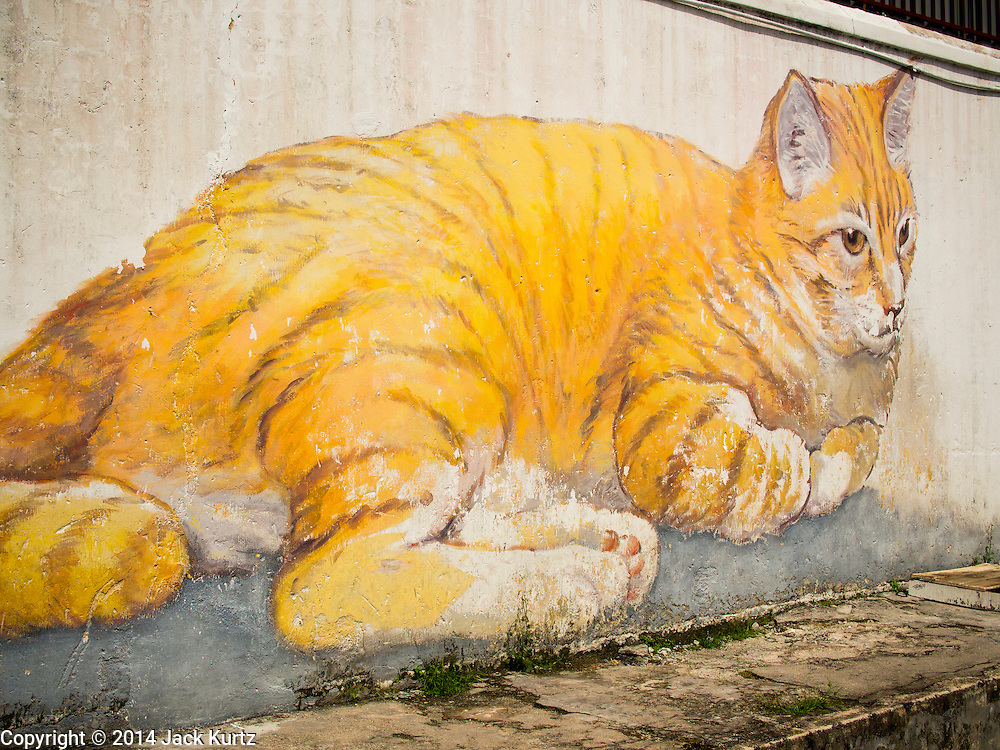