23 NOVEMBER 2014 - BANGKOK, THAILAND: People place monetary donations into a money tree at a mass alms giving ceremony in Bangkok Sunday. 10,000 Buddhist monks participated in the ceremony on Rajadamri Road in front of Central World shopping mall. The alms giving was to assist Buddhist temples in the insurgency wracked southern provinces of Thailand, where Buddhist monks on their alms rounds have been targeted by Muslim extremists. The ceremony was sponsored by Wat Phra Dhammakaya, the center of the Dhammakaya Movement, a Buddhist sect founded in the 1970s. The temple has become active in Thai politics. PHOTO BY JACK KURTZ 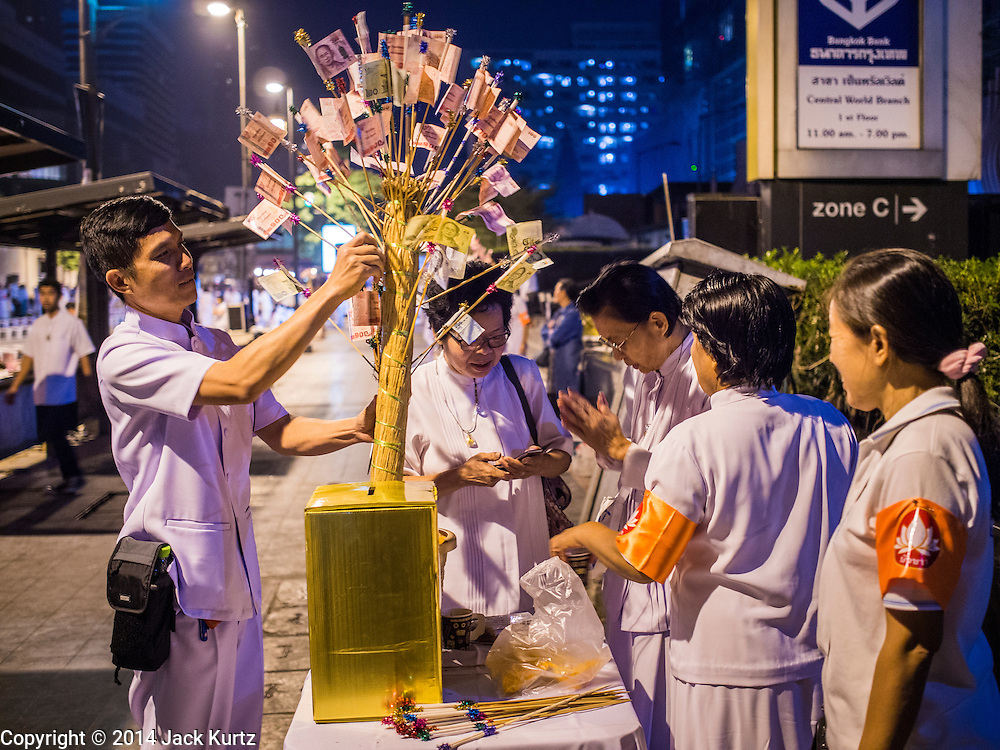