03 MAY 2007 -- PHOENIX, AZ: A woman prays during National Day of Prayer observances in Phoenix, Arizona, City Hall building Thursday. The National Day of Prayer was established in in 1952 when a bill proclaiming an annual National Day of Prayer (NDP) was unanimously passed by both houses of congress. President Truman signed it into law. It required the President to select a day for national prayer each year. In 1988, the NDP was fixed as the first Thursday in May. Photo by Jack Kurtz/ZUMA Press 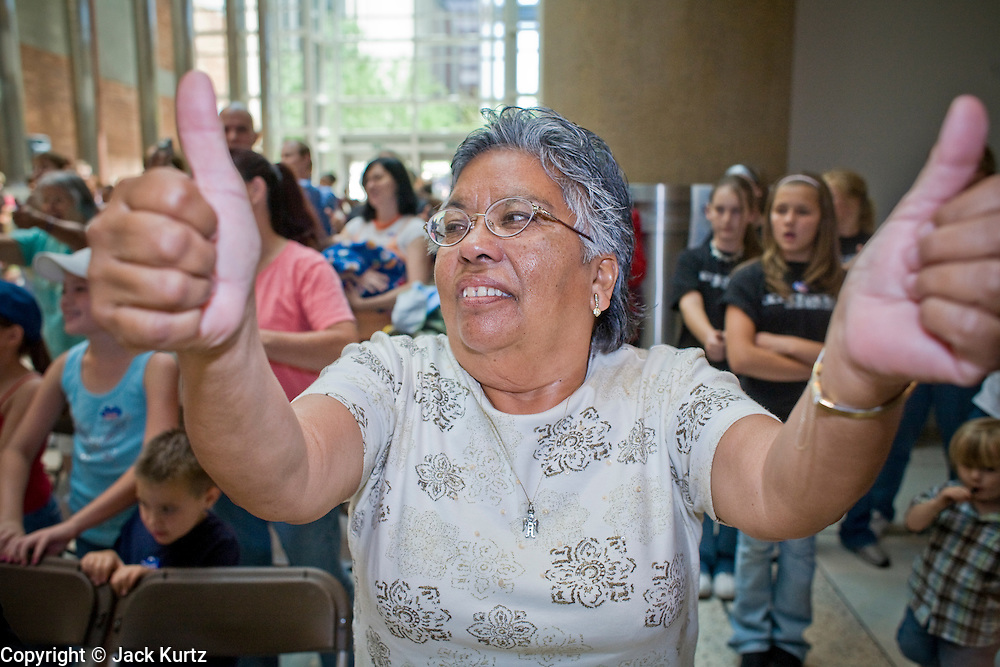