Aug. 2 - PHOENIX, AZ: DONALD TRAPANI, dressed as Elvis Presley, holds the hand of WANDA DINKINS while he sings to her at the Stratford, an Alzheimer's care facility in Phoenix. Trapani, 68, was diagnosed with lung cancer in August 2009 and entered the care of Hospice of the Valley, the largest hospice organization in Phoenix, shortly after that. His doctor said he would be dead by the end of February 2010. Trapani is in still in the care of Hospice of the Valley, but his condition has improved. He now entertains other hospice patients singing the songs of Elvis Presley. He tries to hold one concert each week, his health permitting, at different hospice units in the Phoenix area. Photo by Jack Kurtz 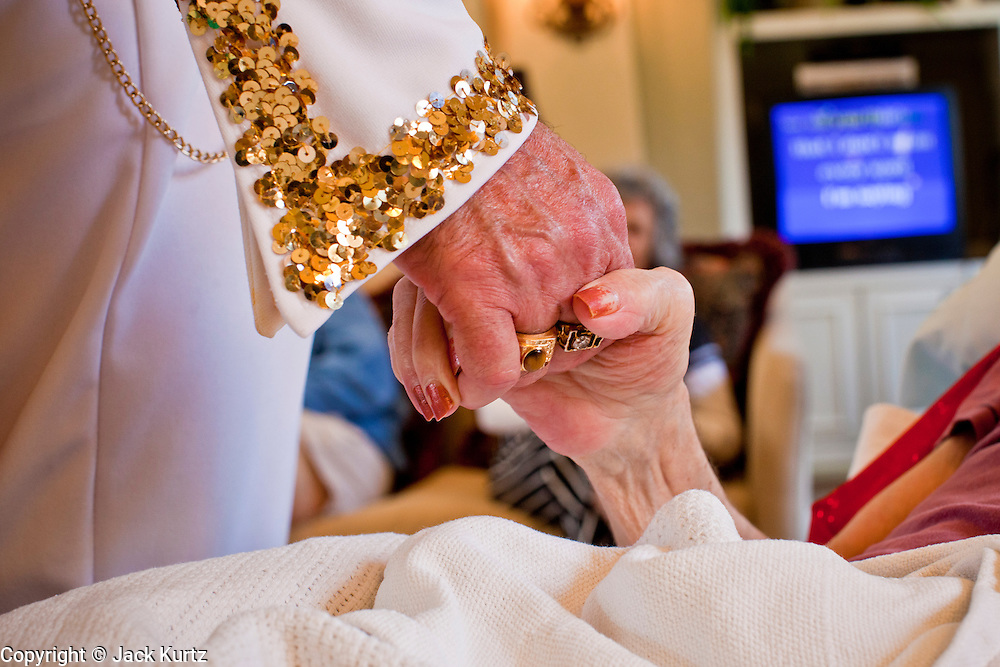