18 JUNE 2016 - DON KHONE, CHAMPASAK, LAOS: A fisherman crosses an improvised bridge over the Mekong River while checking his fish traps at Khon Pa Soi Waterfalls, on the east side of Don Khon. It's the smaller of the two waterfalls in Don Khon. Fishermen have constructed an elaborate system of rope bridges over the falls they use to get to the fish traps they set. Fishermen in the area are contending with lower yields and smaller fish, threatening their way of life. The Mekong River is one of the most biodiverse and productive rivers on Earth. It is a global hotspot for freshwater fishes: over 1,000 species have been recorded there, second only to the Amazon. The Mekong River is also the most productive inland fishery in the world. The total harvest of fish from the Mekong is approximately 2.5 million metric tons per year. By some estimates the harvest in the Tonle Sap (in Cambodia) had doubled from 1940 to 1995, but the number of people fishing the in the lake has quadrupled, so the harvest per person is cut in half. There is evidence of over fishing in the Mekong - populations of large fish have shrunk and fishermen are bringing in smaller and smaller fish. PHOTO BY JACK KURTZ 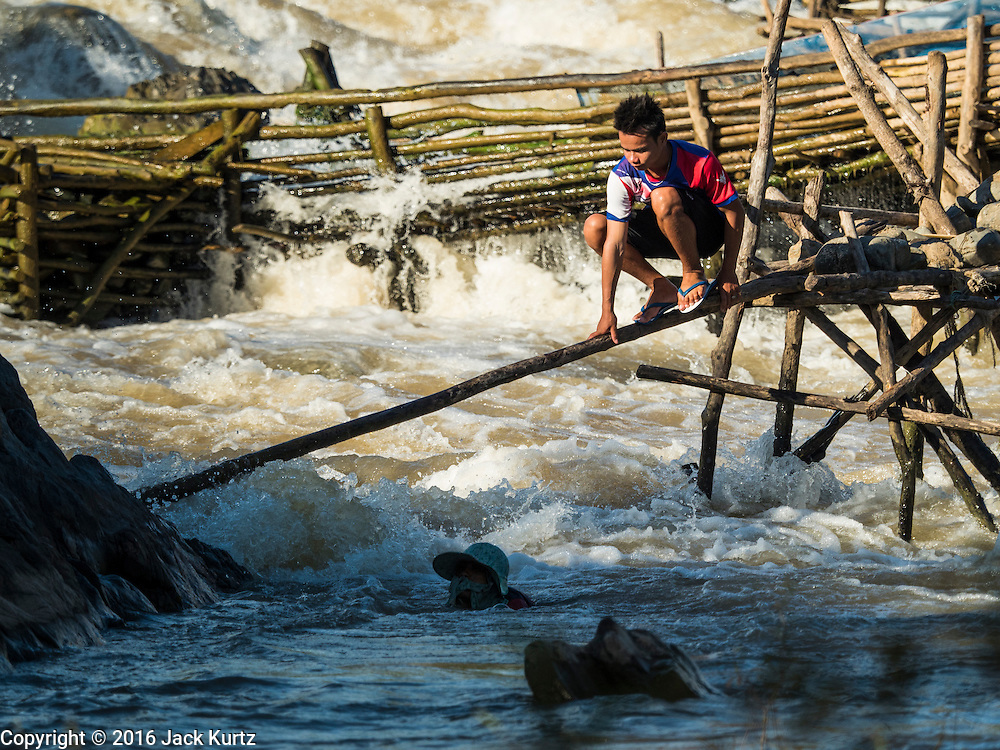