22 FEBRUARY 2012 - MESA, AZ: Texas Governor (and former Presidential candidate) RICK PERRY talks about Newt Gingrich's performance in the Arizona Republican Presidential Debate in the "Spin Room" at Mesa Arts Center Wednesday night. Perry is endorsing Gingrich. Some of the candidates and their representatives visited the "Spin Room" after the debate to discuss how well their candidates did in the two hour debate, the last one before the Arizona and Michigan primaries next week and "Super Tuesday" on March 6. PHOTO BY JACK KURTZ 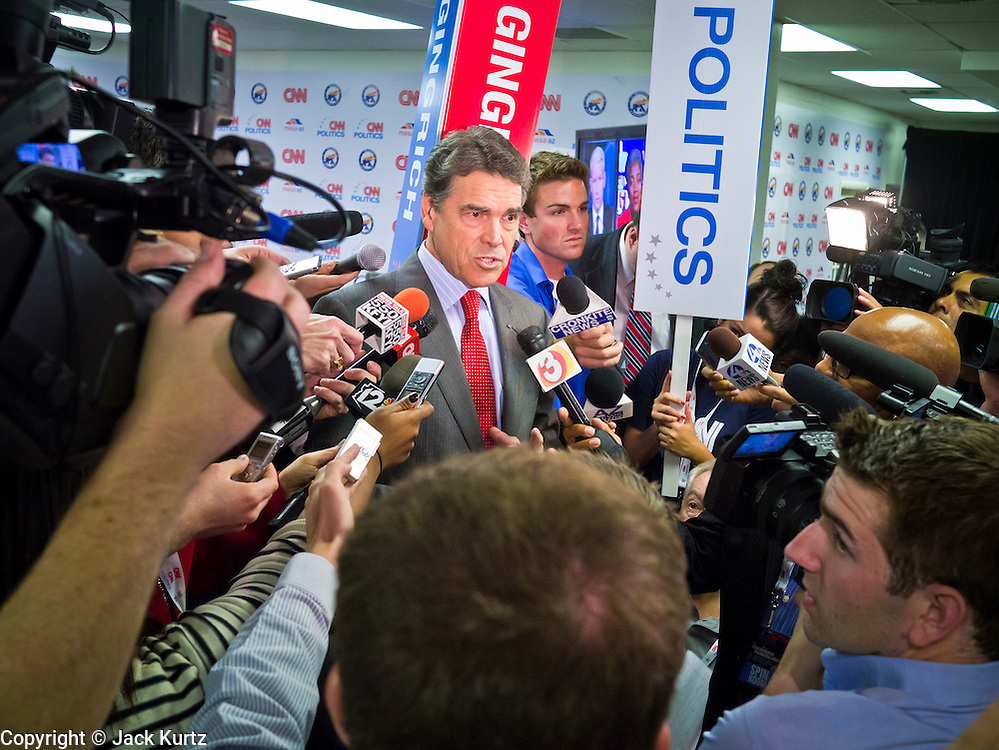