23 DECEMBER 2018 - CHANTABURI, THAILAND: A woman prays in the Cathedral of the Immaculate Conception in Chantaburi. It is the largest Catholic church in Thailand and was founded more than 300 years ago by Vietnamese Catholics who emigrated to Thailand. The current cathedral building was sited and construction started while Chantaburi was occupied by French forces that had occupied neighboring Cambodia. The cathedral was finished after the French were expelled from Thailand. Chantaburi is the capital city of Chantaburi province on the Chantaburi River. Because of its relatively well preserved tradition architecture and internationally famous gem market, Chantaburi is a popular weekend destination for Thai tourists. PHOTO BY JACK KURTZ 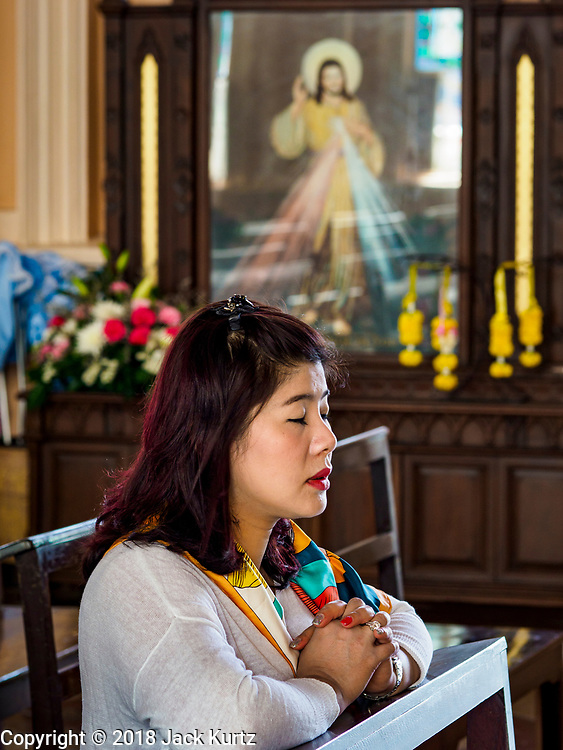