22 FEBRUARY 2017 - BAN LAEM, PETCHABURI, THAILAND: A salt field worker wearing a floppy hat and face mask for protection from the sun during the salt harvest in Petchaburi province of Thailand, about two hours south of Bangkok on the Gulf of Siam. Salt is collected in coastal flats that are flooded with sea water. The water evaporates and leaves the salt in large pans. Coastal provinces south of Bangkok used to be dotted with salt farms, but industrial development has pushed the salt farms down to remote parts of Petchaburi province. The harvest normally starts in early February and lasts until early May, but this year's harvest was delayed by a couple of weeks because of unseasonable rain in January that flooded many of the salt collection ponds. PHOTO BY JACK KURTZ 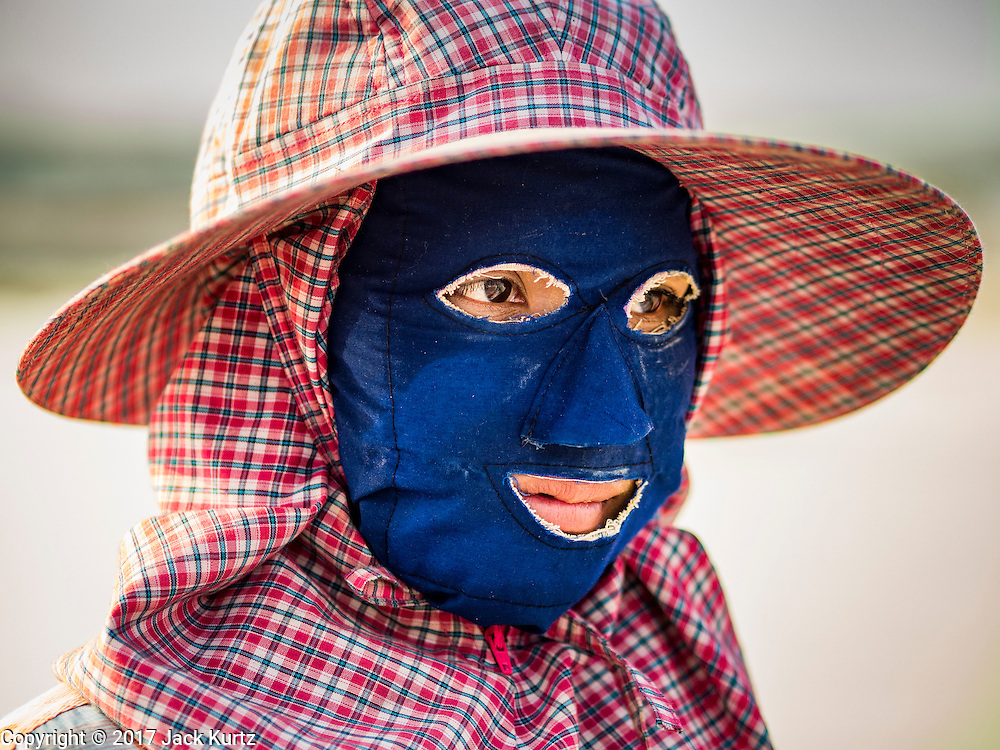