22 NOVEMBER 2016 - BANGKOK, THAILAND: A man at Sanam Luang holds up post card booklet of photos of Bhumibol Adulyadej, the Late King of Thailand, during a ceremony to honor His Majesty. Hundreds of thousands of Thais gathered across Thailand Tuesday to swear allegiance to the Chakri Dynasty in a ceremony called Ruam Phalang Haeng Kwam Phakdi (the United Force of Allegiance). At Sanam Luang, the Royal Parade Ground, and location of most of the mourning ceremonies for the late King, people paused to honor His Majesty by singing the Thai national anthem and the royal anthem. PHOTO BY JACK KURTZ 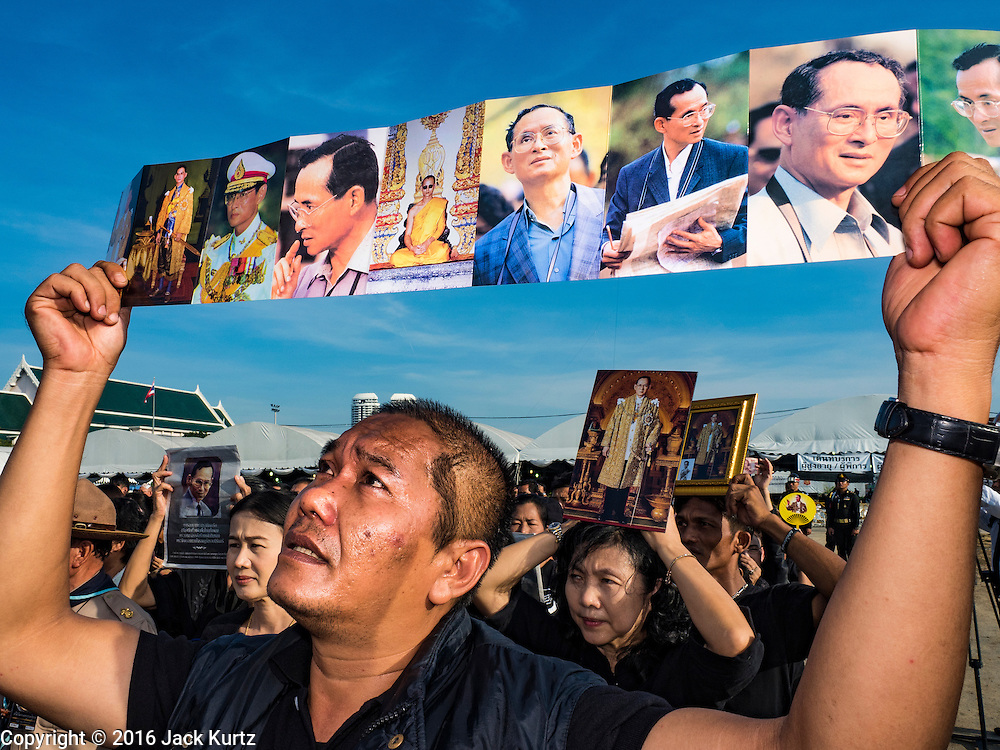