09 NOVEMBER 2013 - PHOENIX, AZ: US Representative DAVID SCHWEIKERT (R-AZ), left, talks to constituents in front of his district office in Scottsdale. Congressman Schweikert represents Arizona's 6th Congressional District. Most of the district is in Scottsdale, a wealthy suburb of Phoenix and one of the wealthiest cities in the United States. Schweikert is a staunch conservative and popular with the Tea Party. He supported the government shutdown in October. PHOTO BY JACK KURTZ 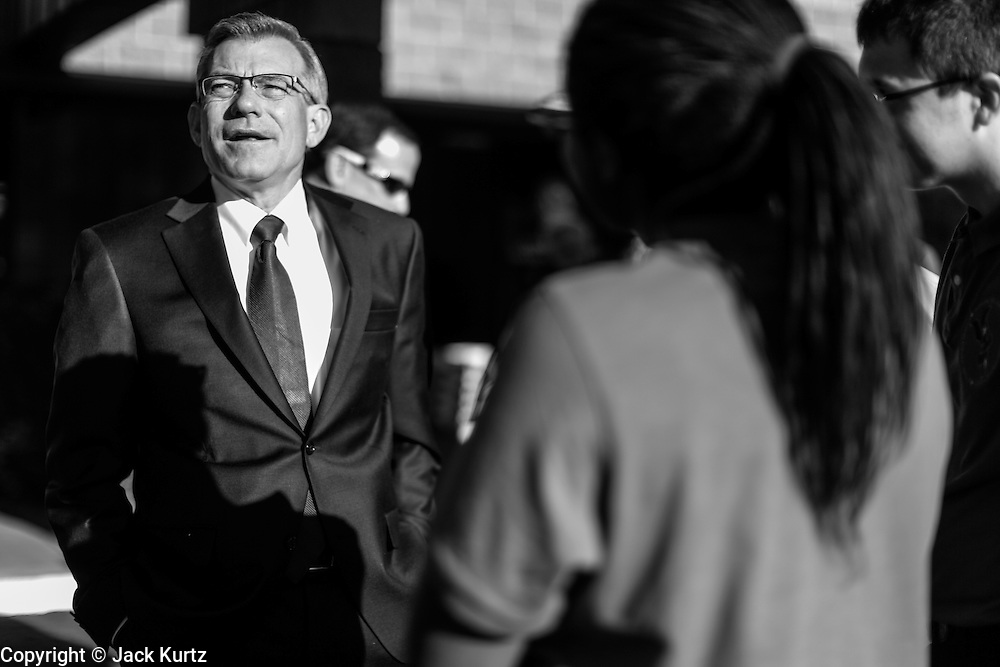