26 APRIL 2020 - JEWELL, IOWA: MISCHELLE HARDY, talks to people who bought "grab and go" roast pork dinners in Jewell during a fund raiser Sunday. Jewell, a small community in central Iowa, became a food desert when the only grocery store in town closed in 2019. It served four communities within a 20 mile radius of Jewell. Some of the town's residents are trying to reopen the store, they are selling shares to form a co-op, and they hold regular fund raisers. Sunday, they served 550 "grab and go" pork roast dinners. They charged a free will donation for the dinners. Despite the state wide restriction on large gatherings because of the COVID-19 pandemic, the event drew hundreds of people, who stayed in their cars while volunteers wearing masks collected money and brought food out to them. Organizers say they've raised about $180,000 of their $225,000 goal and they hope to open the new grocery store before summer. PHOTO BY JACK KURTZ 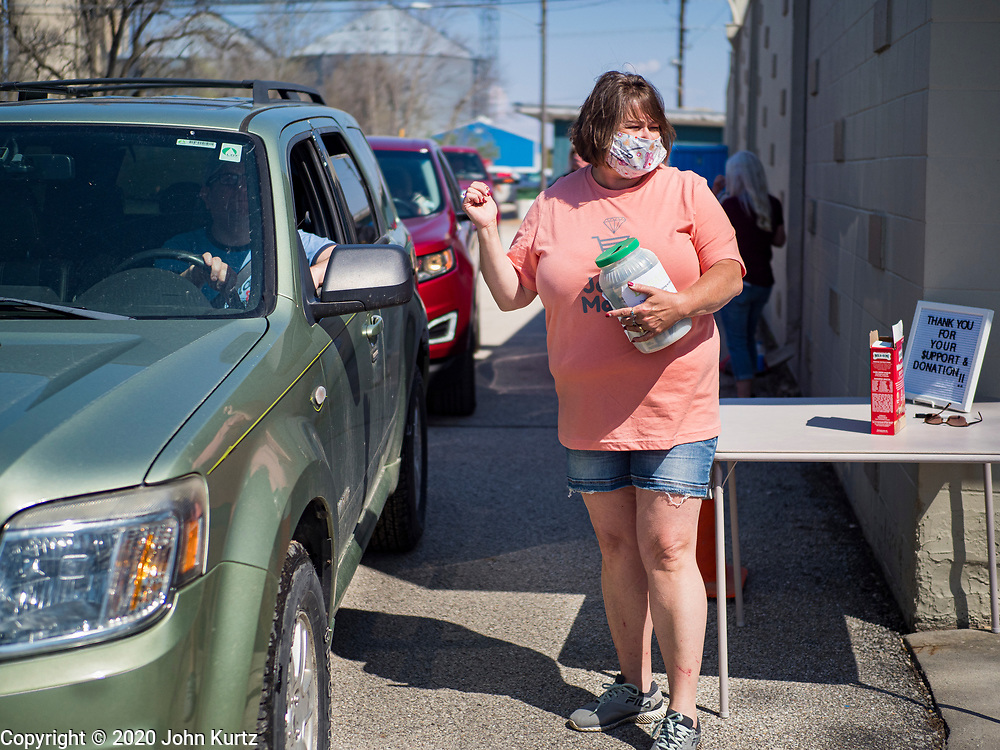