12 JUNE 2015 - BANGKOK, THAILAND: A Buddhist monk on his rounds Khlong Toey Market in Bangkok. The men around the monk were watching the Thai women's football (soccer) team play in the Women's World Cup on television. Khlong Toey (also called Khlong Toei) Market is one of the largest "wet markets" in Thailand. The market is located in the midst of one of Bangkok's largest slum areas and close to the city's original deep water port. Thousands of people live in the neighboring slum area. Thousands more shop in the sprawling market for fresh fruits and vegetables as well meat, fish and poultry. PHOTO BY JACK KURTZ 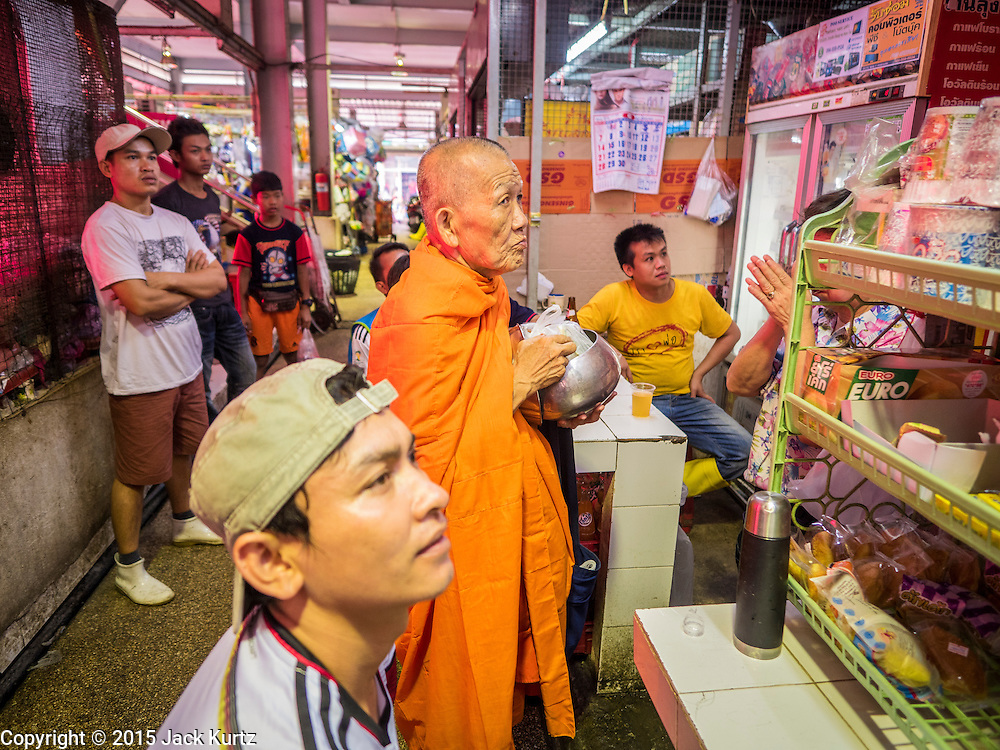