05 MAY 2010 - BANGKOK, THAILAND: Red Shirt leader Nattawut Saikuar makes merit by presenting an offering to a portrait of Thai King Bhumibol Adulyadej during a ceremony to mark Thai Coronation Day Wednesday. The Red Shirts have been accused of being anti-monarchy and their Coronation Day Ceremony was a way of countering that perception. Coronation Day honors the day the King was officially crowned on May 5, 1950. Red Shirt protesters continued their actions in Bangkok Wednesday. The Red Shirts conditionally accepted the offer of Thai Prime Minister Abhisit Vejjajiva to dissolve parliament, investigate alleged human rights violations following the violence of April 10 and call for new elections in November of this year, 18 months earlier than they are currently scheduled. They are withholding final acceptance of the so called Road Map until the Prime Minister releases more specifics on the arrangement and announces the date for the dissolution of parliament. Proposals to amend the constitution are also a sticking point. The Red Shirts want the 1997 constitution reinstated, the government and other anti-Red Shirt groups want to keep the current constitution, enacted in 2007. The Red Shirts, who started their protest on March 13, continue to call for Thai Prime Minister Abhisit Vejjajiva to step down and dissolve parliament immediately and demand the return of ousted Prime Minister Thaksin Shinawatra. PHOTO BY JACK KURTZ 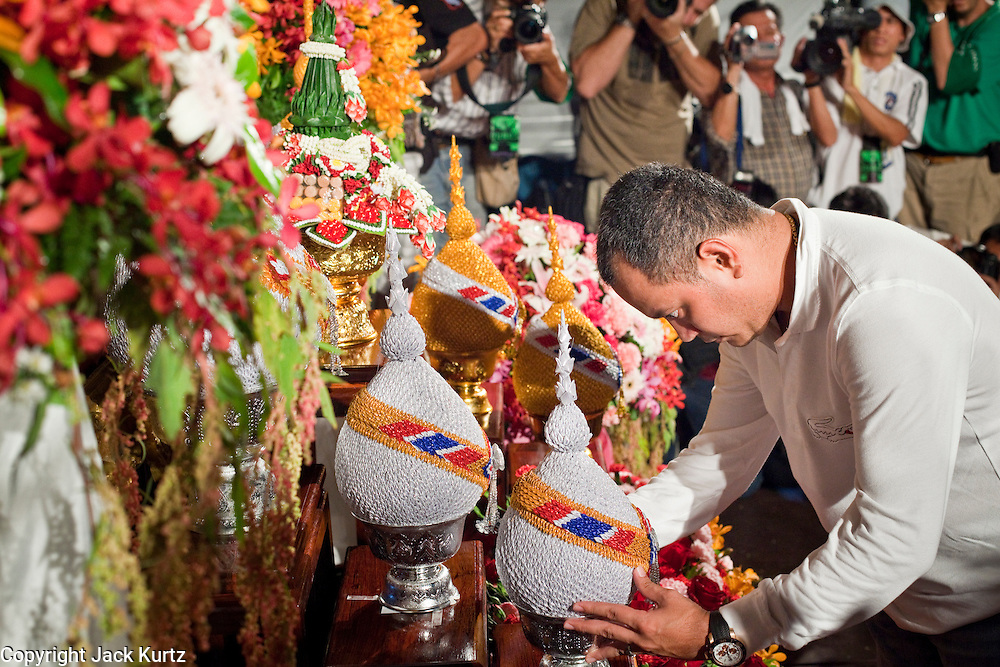