20 OCTOBER 2012 - BANGKOK, THAILAND: Buddhist monks walk through a crowd of people in a Bangkok park accepting alms for monks in southern Thailand who can't leave their temples because of anti-Buddhist religious violence. More than 2,600 Buddhist Monks from across Bangkok and thousands of devout Thai Buddhists attended the mass alms giving ceremony in Benjasiri Park in Bangkok Saturday morning. The ceremony was to raise food and cash donations for Buddhist temples in Thailand's violence plagued southern provinces. Because of an ongoing long running insurgency by Muslim separatists many Buddhist monks in Pattani, Narathiwat and Yala, Thailand's three Muslim majority provinces, can't leave their temples without military escorts. Monks have been targeted by Muslim extremists because, in the view of the extremists, they represent the Thai state. PHOTO BY JACK KURTZ 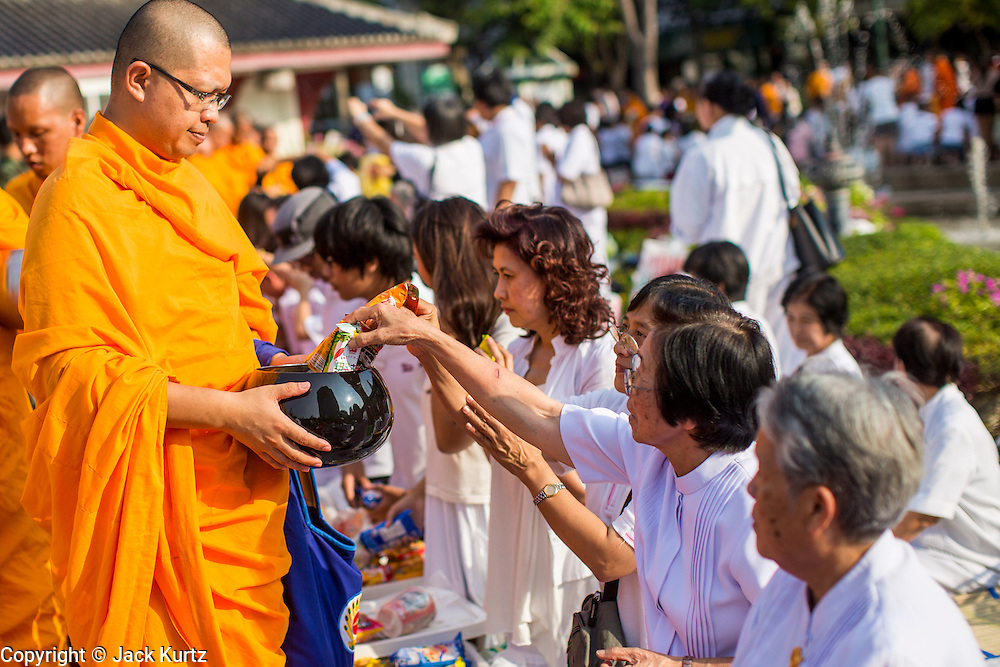