07 APRIL 2010 - NAKHON PHANOM, THAILAND: A couple nets fish in a channel in the Mekong River. They said they used to have use a boat for this but now the river is so low they do it on foot. He said he doesn't know why the river is so low, that some people say it's global warming. "But I don't know what that is. I think it's when the factories send too much smoke into the air, but I don't understand it." He went onto to say that they catch much fewer fish now than they did in the past. Normally the river flows completely through the river bed but it's currently running through a channel in the bottom of the river bed. The region is in the midst of a record setting drought and the Mekong River is at its lowest point in nearly 50 years, setting up an environmental disaster the region has never seen before. Many of the people who live along the river farm and fish. They claim their crops yields are greatly reduced and that many days they return from fishing with empty nets. The river is so shallow now that fisherman who used to go out in boats now work from the banks and sandbars on foot or wade into the river. In addition to low river levels the Isan region of Thailand is also in the midst of a record drought and heat wave. Farmers have been encouraged to switch from rice to less water intensive crops and to expect lower yields. Farmers here rely more on rain fall than irrigation to water their crops. PHOTO BY JACK KURTZ 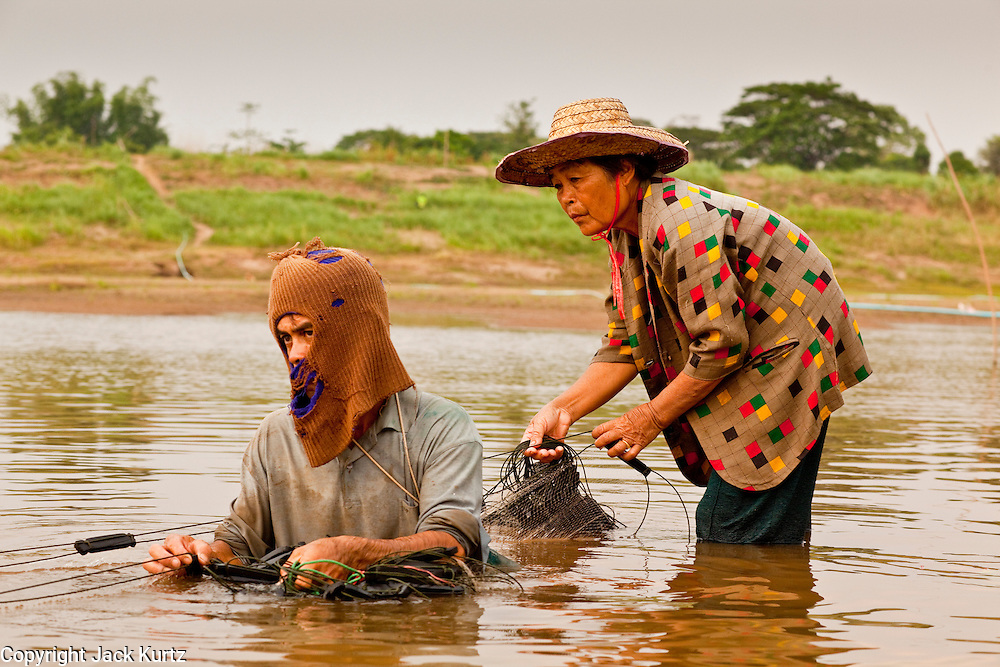