11 APRIL 2012 - HO CHI MINH CITY, VIETNAM: Women exercise in a dance class in a small park in Ho Chi Minh City, Vietnam. It's not unusual to see many older people working out and exercising in parks in Vietnam early in the morning. Ho Chi Minh City, formerly Saigon, is the largest city in Vietnam and the country's commercial center. It was the capital of South Vietnam before the reunification in 1975 and still shows more signs of American influence than northern Vietnam does. PHOTO BY JACK KURTZ 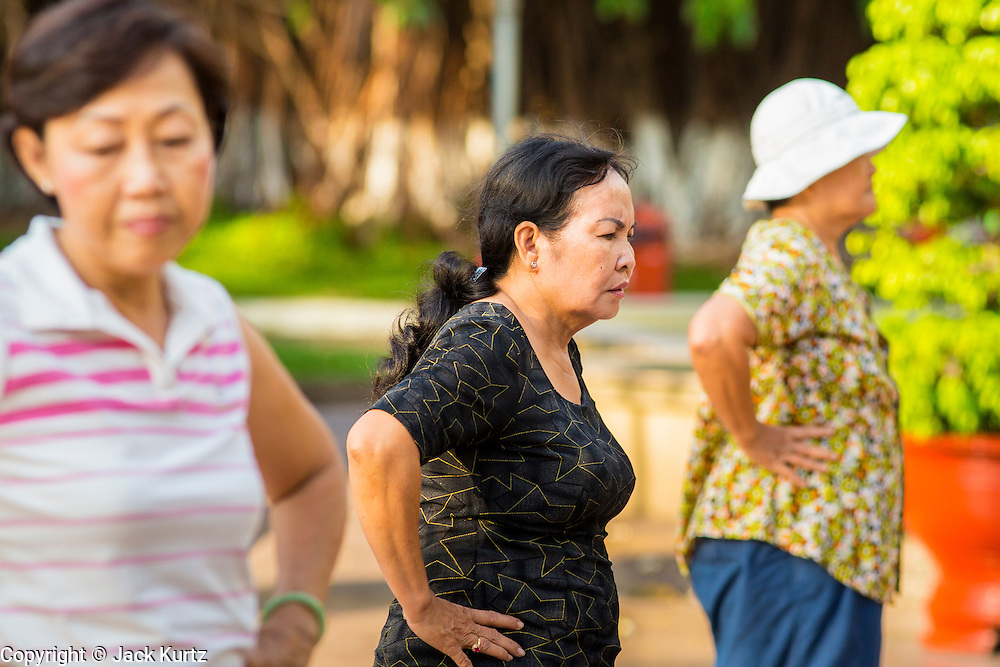