08 FEBRUARY 2016 - BANGKOK, THAILAND: A member of a lion dance troupe stands on a chair that's about to collapse during his performance for Chinese New Year at a small Chinese shrine in Bangkok's Chinatown district, during the celebration of the Lunar New Year. Chinese New Year is also called Lunar New Year or Tet (in Vietnamese communities). This year is the "Year of the Monkey." Thailand has the largest overseas Chinese population in the world; about 14 percent of Thais are of Chinese ancestry and some Chinese holidays, especially Chinese New Year, are widely celebrated in Thailand. PHOTO BY JACK KURTZ 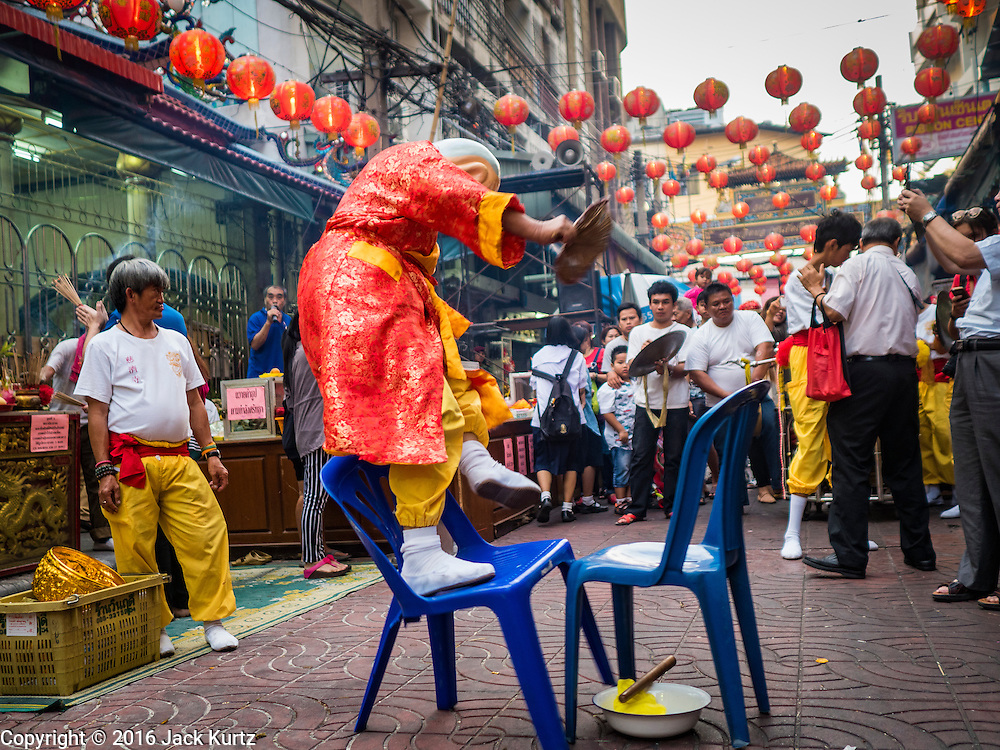