06 MAY 2017 - ST. PAUL, MN: SHAYLEE WATTERSON, 10 years old, and her grandmother, LYDIA CONITO, get Shaylee ready to dance at the 6th Annual Powwow for Hope at Ft. Snelling in St. Paul. Shaylee has had three uncles battle cancer, one died from lymphoma she said he contracted from being around Agent Orange during the war in Vietnam. She said she wears red, white and blue in his honor. The powwow was a fundraiser to support cancer education and supportive services for American Indian communities. Proceeds benefited the American Indian Cancer Foundation's work to eliminate cancer burdens on American Indian families. Cancer is the leading cause of death in Native American communities, exceeding coronary disease and diabetes. PHOTO BY JACK KURTZ 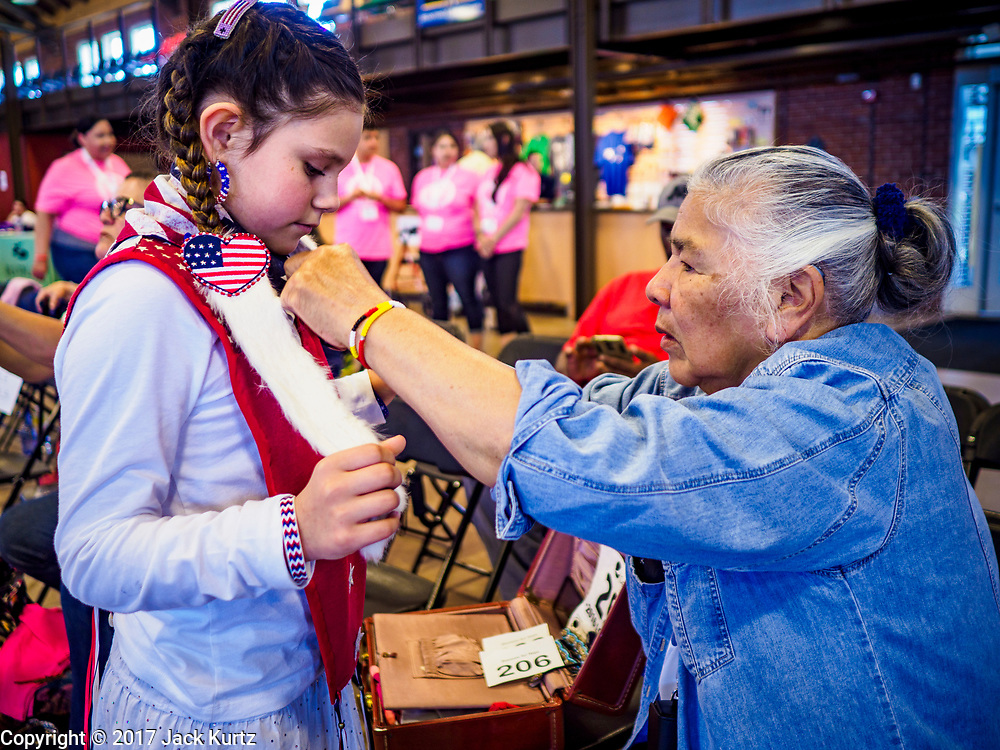