Apr. 30 - BANGKOK, THAILAND: A sharpened bamboo stake at a Red Shirt barricade in Bangkok Friday. The Red Shirts moved one of their barricades in the Sala Daeng Intersection in Bangkok Friday In one of the first positive moves to take place since the Red Shirts occupied central Bangkok in early April. The barricade was moved far enough back to open one lane of traffic on Ratchadamri Street to allow ambulance access to King Chulalongkorn Memorial Hospital, a large hospital at the intersection. Many of the patients in the hospital have been moved to other hospitals because a group of Red Shirts entered the hospital Thursday looking for Thai security personnel, who were not in the hospital. The stand off between the Red Shirts and the government enters its third month in May. The Red Shirts continue to call for Thai Prime Minister Abhisit Vejjajiva to step down and dissolve parliament and demand the return of ousted Prime Minister Thaksin Shinawatra. PHOTO BY JACK KURTZ 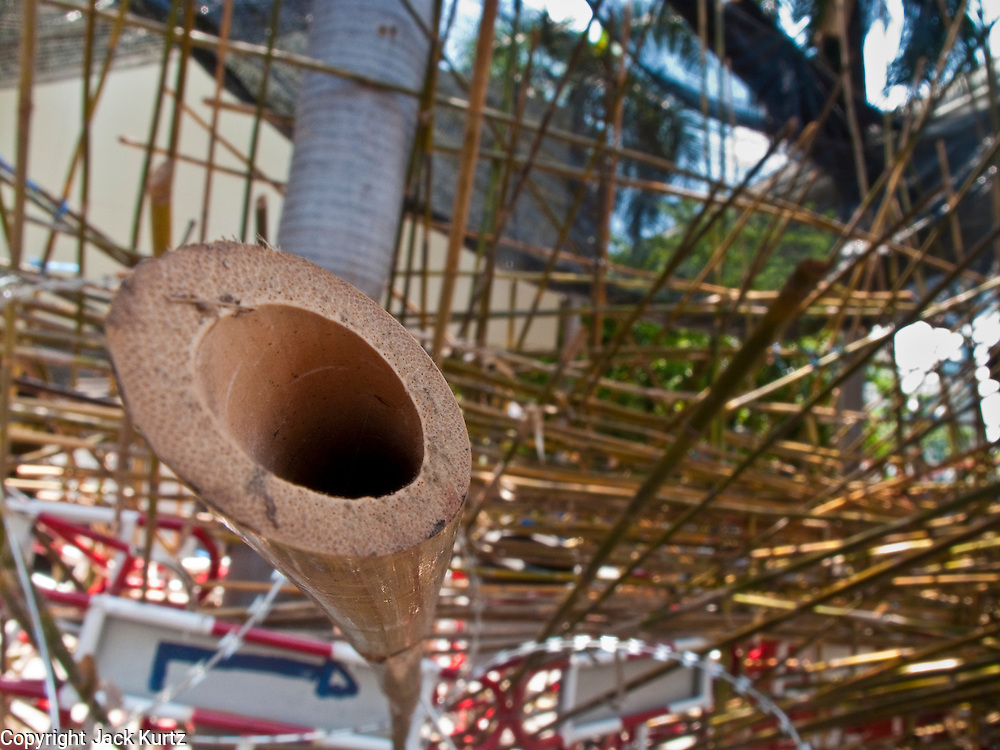