21 JULY 2013 - BANGKOK, THAILAND: People pour molten wax into candle molds to make merit at Wat Mahabut on the first day of Vassa, the three-month annual retreat observed by Theravada monks and nuns. The candles are then presented to the temple. Now monks rely on electric lights, but traditionally the temples relied on candles provided by the community. On the first day of Vassa (or Buddhist Lent) many Buddhists visit their temples to "make merit." During Vassa, monks and nuns remain inside monasteries and temple grounds, devoting their time to intensive meditation and study. Laypeople support the monastic sangha by bringing food, candles and other offerings to temples. Laypeople also often observe Vassa by giving up something, such as smoking or eating meat. For this reason, westerners sometimes call Vassa the "Buddhist Lent." PHOTO BY JACK KURTZ 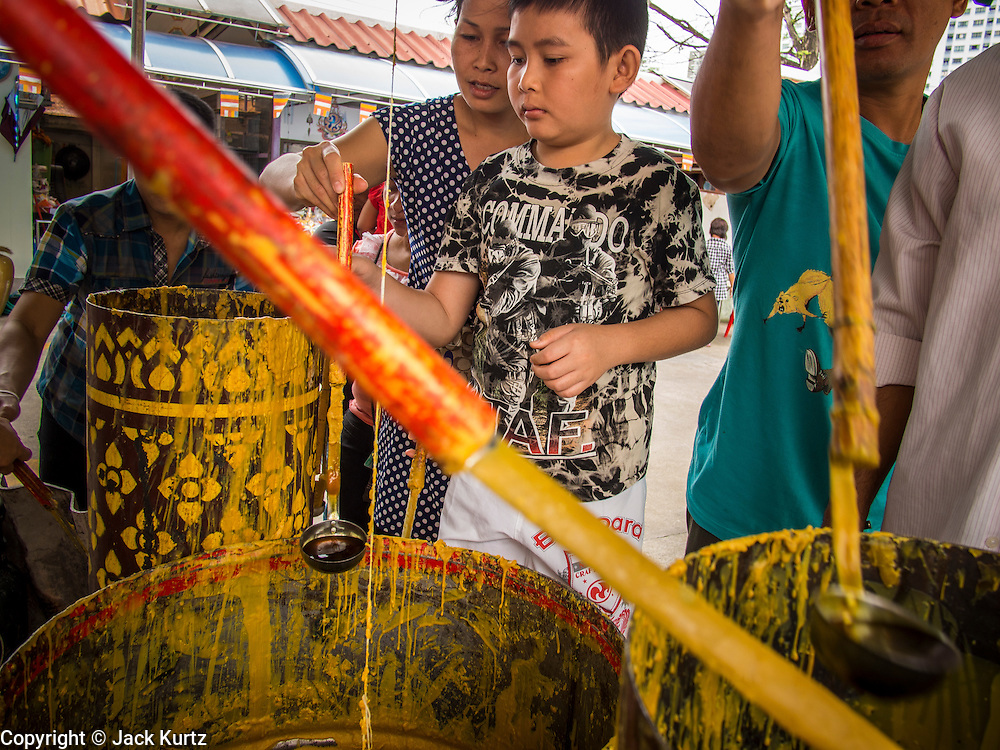