08 JULY 2014 - WANG NAM SAP, SUPHAN BURI, THAILAND: Warehouse workers climb down a wall of rice sacks while helping the army inspect rice at a rice warehouse in Wang Nam Sap, Suphan Buri province. Representatives of the Thai ruling junta have started inspecting stocks of rice bought by the ousted civilian government following the 2012 and 2013 rice harvests. The government of ousted former Prime Minister Yingluck Shinawatra bought up thousands of tons of rice from farmers at above market prices in one of its most controversial populist policies. The alleged mismanagement of the "rice pledging scheme," as it was called, was one of the factors that lead to the May 2014 coup that ousted the government. According to officials doing the inspections found rotten and weevil-infested grain, along with evidence that large stocks were replaced with old or inferior grades. PHOTO BY JACK KURTZ 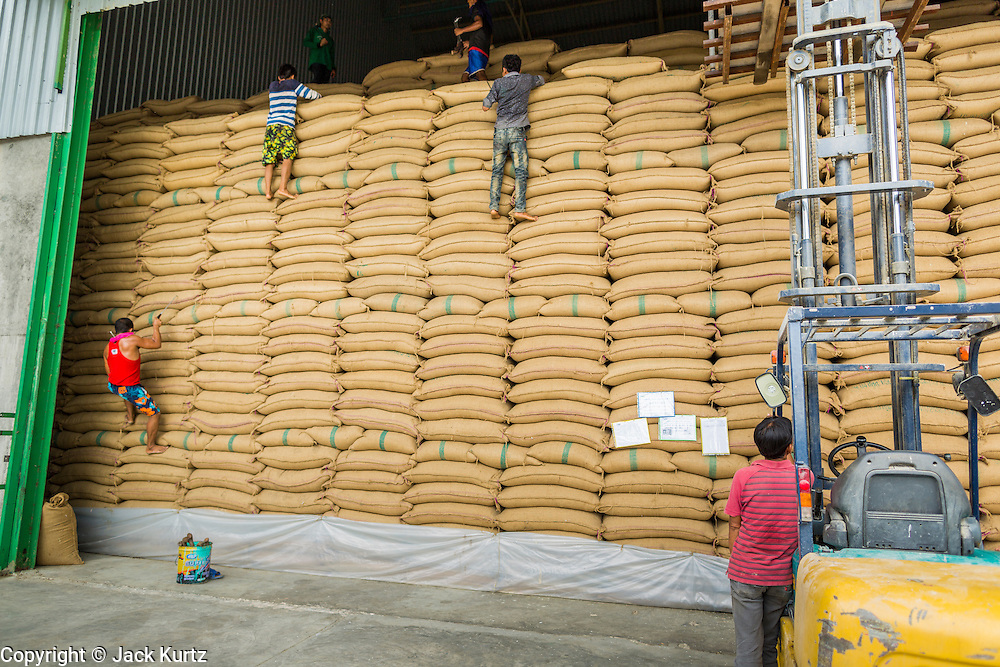