24 FEBRUARY 2016 - BANGKOK, THAILAND: A porter delivering marigolds used to make flower garlands picks up his cargo after his handtruck tipped over at Pak Khlong Talat. Bangkok government officials announced this week that vendors in Pak Khlong Talat, Bangkok's well known flower market, don't have to move out on February 28. City officials are trying to clear Bangkok's congested sidewalks and they've cracked down on sidewalk vendors. Several popular sidewalk markets have been closed in recent months and the sidewalk vendors at the flower market had been told they would be evicted at the end of the month but after meeting with vendors and other stake holders city officials relented and said vendors could remain but under stricter guidelines regarding sales hours. The flower market is one of the best known markets in Bangkok and has become a popular tourist destination. PHOTO BY JACK KURTZ 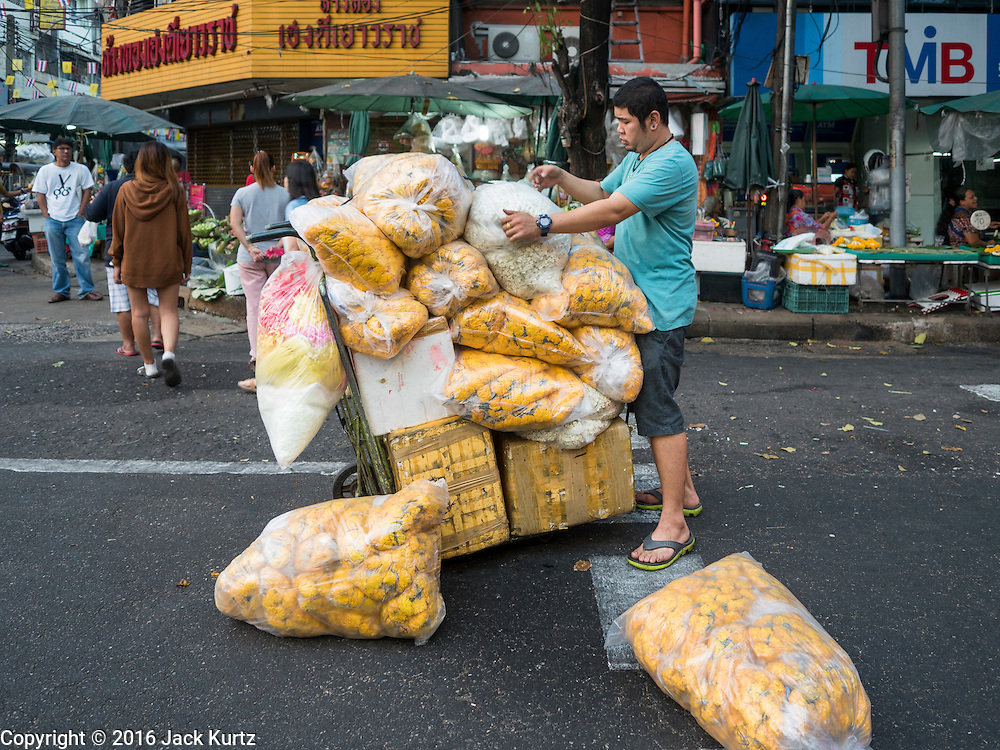