03 JULY 2011 - BANGKOK, THAILAND: YINGLUCK SHINAWATRA, the Prime Minister elect of Thailand, performs a "wai" or traditional Thai greeting before announcing her victory in the Thai elections Sunday night. If her election holds she will be the first woman elected Prime Minister of Thailand. Yingluck Shinawatra and the Pheu Thai Party scored a massive landslide win in the Thai election Sunday. Pheu That is estimated to have won more than 300 seats in Thailand 500 seat parliament, so they won an absolute majority and could govern without having to form a coalition with minor parties. Pheu Thai is the latest incarnation of deposed former Prime Minister Thaksin Shinawatra's political party. Yingluck is his youngest sister. Many observers expect legal challenges to the Pheu Thai victory and the election does not completely resolve Thailand's difficult political history of the last five years. PHOTO BY JACK KURTZ 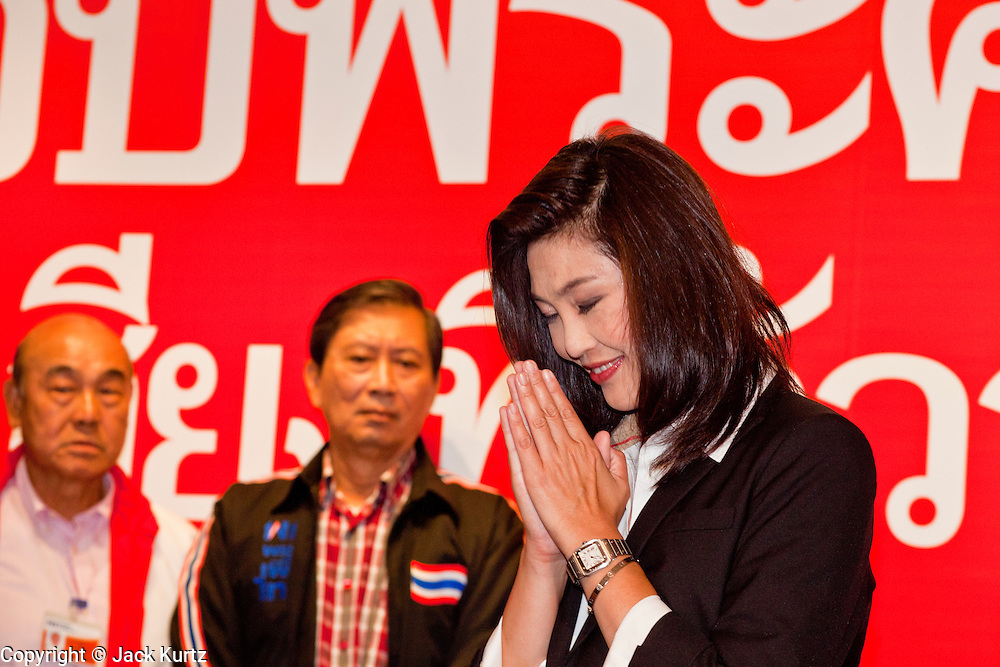