06 FEBRUARY 2012 - PHOENIX, AZ: Arizona State Senator DAVID LUJAN (Democrat) reads paperwork before a Senate Judiciary Committee heading on loosening Arizona gun laws on Monday, Feb. 6. The Arizona State Senate's Judiciary Committee, chaired by Sen Ron Gould (Republican) debated several bills Monday that would loosen the state's gun laws, already among the loosest in the United States. One bill would allow anyone with a concealed carry permit to carry guns on the grounds of public universities. Universities could only ban guns if they provided secured gun lock boxes in each building. Universities, which are opposed to the legislation, say that the lock boxes would cost hundreds of thousands of dollars and that guns would make the campuses less safe. Most of the police departments in Arizona, as well as university student bodies, also oppose the legislation to allow guns on campus. PHOTO BY JACK KURTZ 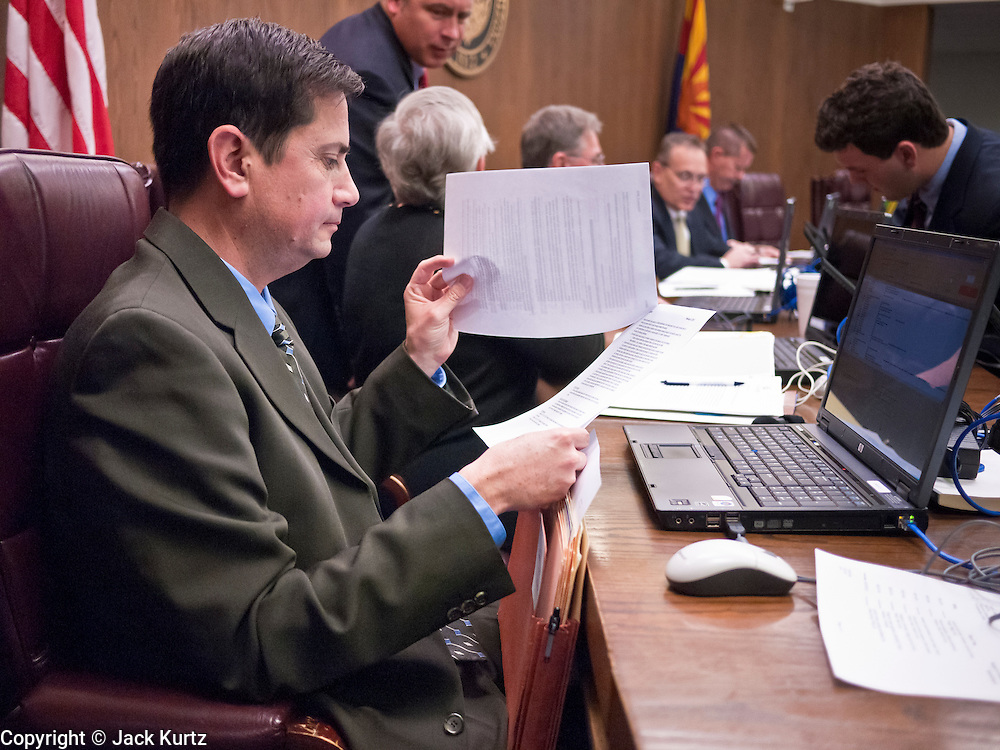