22 MARCH 2013 - NAKHON CHAI SI, NAKHON PATHOM, THAILAND: Men pray and make offerings to a make after receiving sacred Sak Yant tattoos at Wat Bang Phra during the annual tattoo festival. Wat Bang Phra is the best known "Sak Yant" tattoo temple in Thailand. It's located in Nakhon Pathom province, about 40 miles from Bangkok. The tattoos are given with hollow stainless steel needles and are thought to possess magical powers of protection. The tattoos, which are given by Buddhist monks, are popular with soldiers, policeman and gangsters, people who generally live in harm's way. The tattoo must be activated to remain powerful and the annual Wai Khru Ceremony (tattoo festival) at the temple draws thousands of devotees who come to the temple to activate or renew the tattoos. People go into trance like states and then assume the personality of their tattoo, so people with tiger tattoos assume the personality of a tiger, people with monkey tattoos take on the personality of a monkey and so on. In recent years the tattoo festival has become popular with tourists who make the trip to Nakorn Pathom province to see a side of "exotic" Thailand. The 2013 tattoo festival was on March 23. PHOTO BY JACK KURTZ 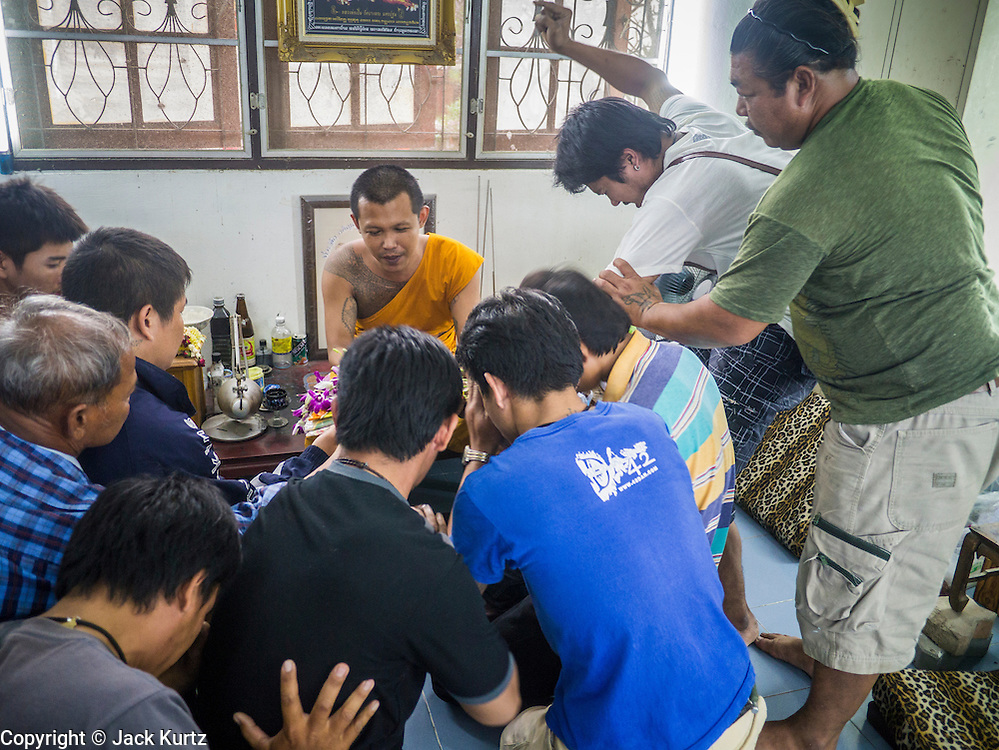