03 OCTOBER 2016 - BANGKOK, THAILAND: Slum dwellers from across Thailand sit in front of the UN headquarters in Bangkok during a World Habitat Day protest. In 1985, the UN General Assembly declared that World Habitat Day would be observed on the first Monday of October every year. The declaration noted that every person deserves a decent place to live. In Bangkok this year, hundreds of people marched to the United Nations' offices to deliver a letter addressed to the UN Secretary General noting that forced evictions to facilitate urban renewal and gentrification was resulting in an increase in homelessness and substandard housing. Protesters and housing rights' activists also marched to the Prime Minister's Office and Bangkok city hall to express their concerns. PHOTO BY JACK KURTZ 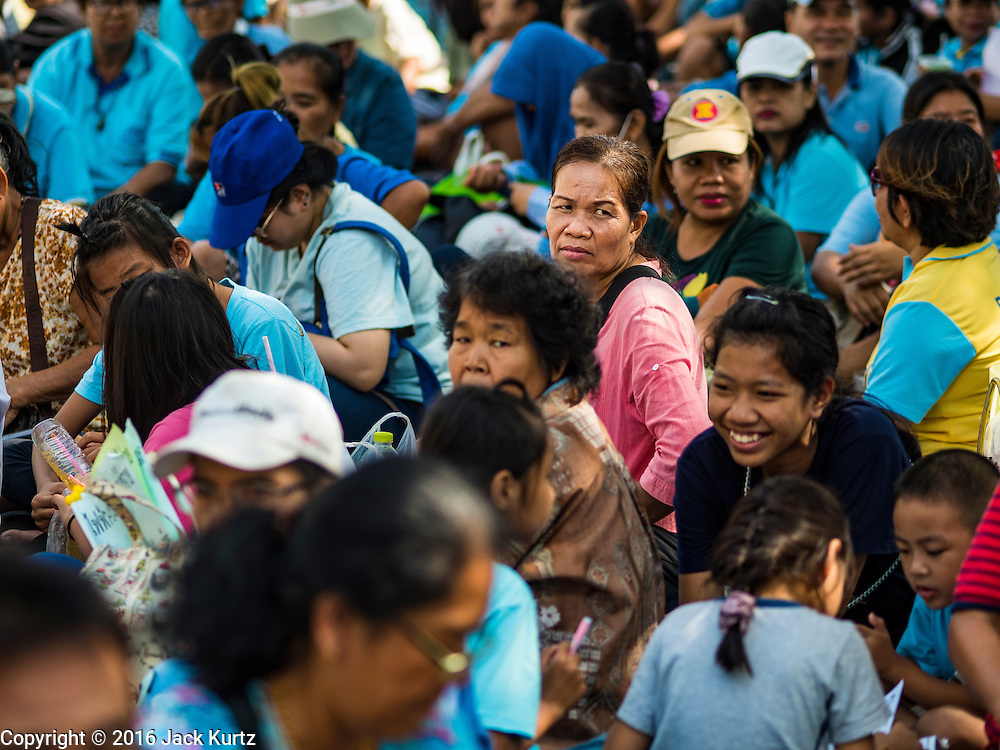