30 JUNE 2016 - BANGKOK, THAILAND: A grilled meat vendor at her cart in the Pak Khlong Talat sidewalk market. Sidewalk vendors around Pak Khlong Talat, Bangkok's famous flower market, face eviction if they reopen on July 1. As a part of the military government sponsored initiative to clean up Bangkok, city officials have been trying to shut down the sidewalk vendors around the flower market. The vendors were supposed to be gone by the end of March, but city officials relented at the last minute with a compromise allowing vendors to stay until June 30. When vendors dismantled their booths after business on June 30, they weren't sure if they will be allowed to reopen July 1. Some vendors have moved to new locations approved by the government but many have not because they can't afford the higher rents in the new locations. PHOTO BY JACK KURTZ 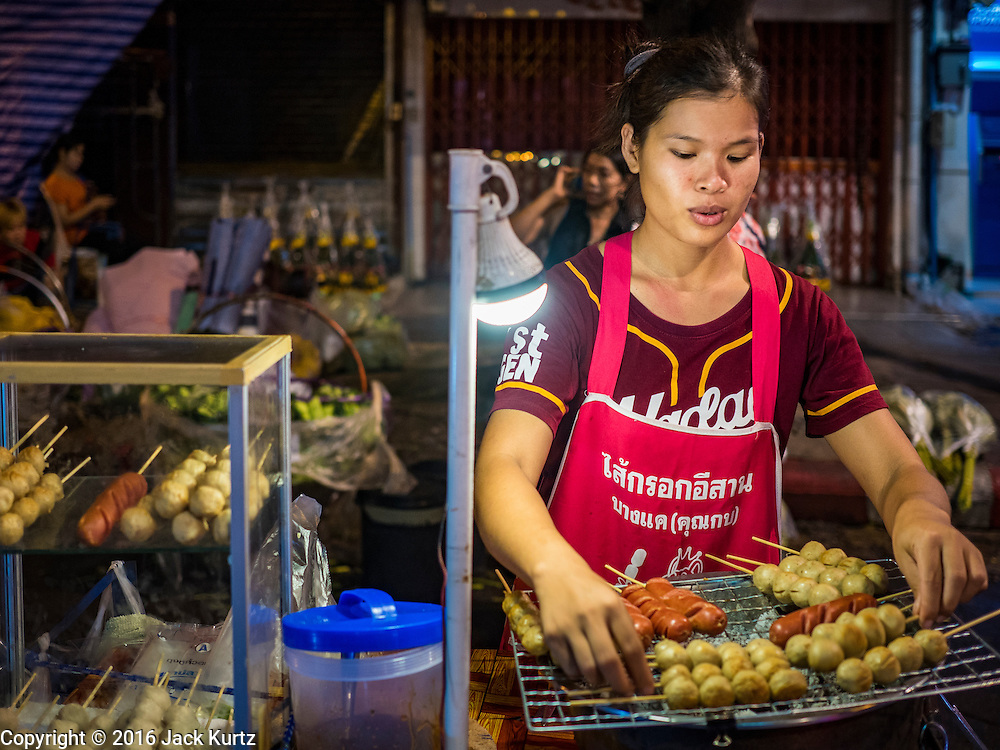