31 MARCH 2016 - NONG LONG, LAMPHUN, THAILAND: The nearly empty Ping River in Lamphun province. The Ping River runs through northern Thailand and is the most important river in the area. People who live along the river said it has never been this low. Normally there is more than a meter of water across the river bottom at this part of the river at this time of year. People are building small mud dams and catchments along the river bottom to try to keep some water and fish in it. PHOTO BY JACK KURTZ 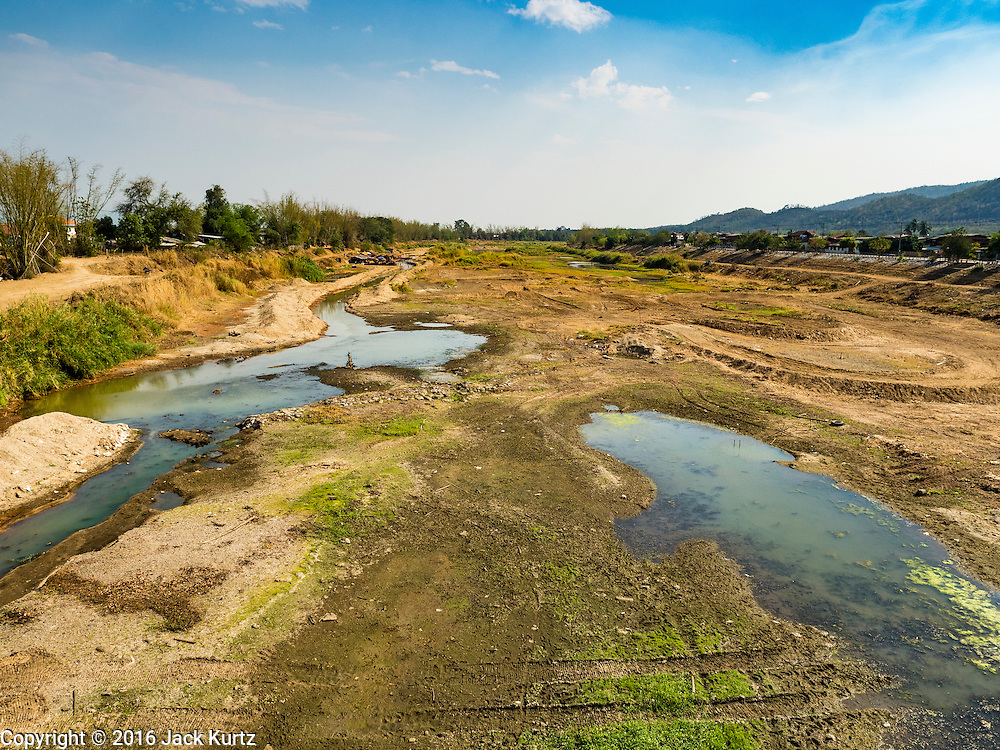